The ever evolving relationship between society and it’s outcasts. 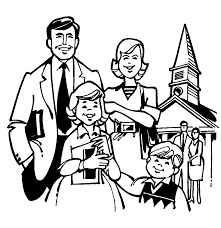 When society engaged unabashedly in religion and morality, things were a lot simpler. Everyone knew what was acceptable and what was beyond the pale. Although the wealthy aristocrats had a reputation for living a looser existence than the rest of us, the growing middle class had it’s standards pretty firmly in place.

Not that these standards weren’t challenged. Homosexuality was once seen as a disgusting form of degeneracy, novels such as The Well of Loneliness showed the humanity of gays. Today, gays look upon that novel with disdain, much as blacks regard Uncle Tom’s Cabin. These novels were early challenges to the long-established biases.

The most devastating attack on traditional morality came from Sigmond Freud. The birth of psychology challenged the existence of good and evil. There was no “evil” anymore. Only “sickness.” Those who fell outside the circle of respectability had an illness. While retaining their outcast status the outsiders were not blamed. The standard-bearers still kept its deviants at arms-length. “Mental illness,” intended as a tool of acceptance, took on the same stigma that was originally attached to evil. As Hannibal Lecter said, morality was now in “dignity pants.”

As a result, what once was bad, was increasingly labeled “sad.” The growing field of psychiatry/psychology set to the task of codifying and classifying the illness it had diagnosed. The American Psychiatric Association published a slim document called the Diagnostic and Statistical Manual. This document has been republished. We are up to the fifth version. From a slender manual, it has grown to an enormous tomb.

While presenting this product as pure science, the ideas expressed therein were very vulnerable to political pressure. Gays had gone far beyond The Well of Loneliness. There were militant Gay Liberation marches. Morality was backed up by “God.” Psychology was a lot more vulnerable. The DSM removed homosexuality from it’s list of disorders. Soon, “perversions” such as sadism and masochism were called “paraphilias” and declared to be neutral as long as the paraphilia didn’t interfere with a person’s functionality in the larger society. So, from the beginning, psychology which replaced morality was far more flexible.

Psychopathy had achieved it’s form and definition from Hervey Cleckley, The Mask of Sanity and Robert Hare, Without Conscience. Dr. Hare’s Psychopathy Checklist-Revised, the PCL-R, is the gold standard for recognizing psychopaths. Since it has been removed from the DSM, Hare was quick to differentiate psychopathy from ASPD although he acknowledge significant overlap. A person who scored in the 20s on the checklist had an ASPD but wasn’t a psychopath, who had to score 30 or above to be so considered. At the same time, a psychopath could avoid the label of ASPD by not being a criminal or violating society’s norms in a big way. So Hare said, “Psychopaths are not disordered. They don’t suffer from a deficit, but they’re simply different”. 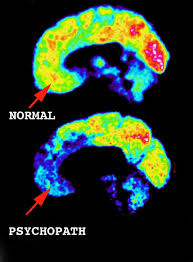 Meanwhile, neurologists have been studying the brains of people with these extreme personalities. They found significant variations in psychopaths and borderlines. So it seems that these personality “disorders” or anomalies have a physical basis. But what if

someone who tested high on the PCL-R tests normal on the brain scan? Some people are finding it useful to call the people with “psychopathic” brains psychopaths and the others sociopaths. People would have to get brain scans to know which one s/he is.

Our knowledge of those who don’t quite fit the mold is changing so quickly, it is hard to keep up. I, personality, believe it was a quantum leap forward when we gave up the moral model deviation. Perhaps some day, the concept of disorder will vanish, leaving us with only an infinity of possibilities.