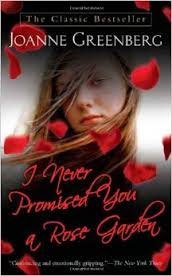 “…if you’re clumsy and bungling the way I am, you venerate people who aren’t. Where … I … Where I came from we called such people atumai. For such people the extra step is not there to trip them, and the string that they tie packages with is never two inches too short. The traffic lights are always with them. Pain comes when they are lying down and ready for it and the joke when it is fitting to them to laugh. Yesterday, I got to have that atumai, just for a while. Carla had it, too. We both had it together. You don’t decide to sneeze, you just do it. No one had the idea or was the leader; we just did it …”

I Never Promised You a Rose Garden by Joanne Greenberg, aka
Hannah Green.

In The Blues Brothers, John Belushi and Dan Aykroyd play two very down and out guys. Jake Blues can’t even sign his name when he is released from prison. He and his brother, Elwood, go to Elwood’s “elegant abode,” a hotel for transients. But they have something most people lack, boldness and daring so outstanding that they can do the impossible. Elwood demonstrates that quality when he makes his car jump over an open gap to show Jake how good it is. It is only after a divine epiphany, however, that they become totally unbeatable. While attending a very charismatic church, they are struck by a LIGHT and they take on the goal of saving their orphanage by raising funds for its taxes after putting their band together. To accomplish that, they have to overcome insurmountable odds. As they move towards their goal, they show not the slightest anxiety or uncertainty. They “have a mission from God” and they can’t fail. This is the magical state of consciousness called grandiosity. It is what I tried to describe as perfection. Jake and Elwood have it because they are One with God.

This doesn’t mean mere piety. It’s what Thelemites call your True Will. “True Will” is identical to the “will” of the universe. Those who are doing their true will have “all the momentum of the universe” working in their favor. Obviously, this is religion and, as such, looks like superstition to all who do not subscribe to it. However, when Aleister Crowley wrote (he said he channeled) The Book of the Law, the holy bible of Thelema, he meant it to be a “religion” that was completely natural, not supernatural. Whether he succeeded is beyond the scope of this blog. But the consciousness involved is right to the point of the blog. The certainty, the fearlessness of psychopaths is akin to this

experience of gnosis. I’m not claiming that we are always in this blessed state of consciousness. But I and others have certainly been their in our highest state of awareness. When nons sneer at those of us who see ourselves as God, they don’t know what they are sneering at.

Many have experienced themselves as God. People who have dropped acid will understand. The novel, Stranger in a Strange Land, which inspired the

formation of the pagan Church of All Worlds informs the reader that we are all God. Members greet each other by saying “Thou art God.” Thelemites’ greeting is “Do what thou wilt shall be the whole of the law.” The correct reply is “Love is the law. Love under will.”

These ideas scare some people, probably many people. Others bristle at the apparent blasphemy. In The Blues Brothers, the waitress (played by Aretha Franklin) accuses Jake and Elwood of blasphemy and they only claimed to be on a “mission from God.” These ideas are dangerous. If fully understood and embraced, they set us free. How many of us are really up for that? Sure “freedom” is one of the most overused words in the English language. But how many of us really experience true freedom?

I don’t expect most people to see this as I do. But I invite all who have had this experience to recognize it as I have described it.