Neuroscientist, James Fallon was moved to write The Psychopath Inside after he happened, in the course of his work, to discover that a brain scan that looked identical to the brain scans of psychopathic murderers was, in fact, a scan of his own brain. The first sentence of Dr. Fallon’s book is “What is a psychopath?” In order to understand the significance of his brain scan in his own life, he questioned “some of the most preeminent researchers in the field,” only to find a lack of consensus in, not only how a psychopath is evaluated by what the word even means. “Several dismissed the question, saying psychopaths didn’t exist at all and that asking them to define psychopath was like asking them to define a nervous breakdown. It’s a phrase people throw around, but it doesn’t bear any scientific or professional meaning.” The term, “psychopathy,” which used to be listed under Cluster B of the DSM, has been replaced by the term “antisocial personality disorder” which is not at all the same thing. Robert Hare, the “godfather” of psychopathy has lately denied that it is even a disorder. He said to an audience of students, “Psychopaths are not disordered. They don’t suffer from a deficit, but they’re simply different.”

At the opposite side of the spectrum of opinion, is Tina Taylor whose blog, No Psychos, No Druggies and no Stooges, defines a psychopath very precisely as “A person with a neurologically impaired (lack of) conscience.” She provides a TED-Ed Lesson which describes characteristics of psychopathy most people can agree about. Where she is most radical, is in her solution to the problems of society. She would identify psychopaths in the government by compelling them to take an MRI brain scan. According to her, an MRI is all that is needed to diagnose or access us as psychopaths. But neurologically inclined people find it more complicated. Dean Haycock, Ph.D. whose recently published Murderous Minds: Exploring the

Psychopathic Brain: Neurological Imaging and the Manifestation of Evil, discusses the development of the brain which isn’t complete until we are in our late teens. The brain is so complex that scientists only study parts of it at a time. They want to infer characteristics of the whole from their studies of the part but they don’t always get correct results from that. Unfortunately or not, we are all individuals. Variations in myriad traits can confuse the patterns upon which rules of diagnosis depend.

One of the  most successful means of accessing psychopathy has been the PCL-R (the Psychopathy Check List-Revised by Robert Hare). Hare developed his checklist as a tool of research. But the penal system was keen on acquiring this as a tool of prediction. It 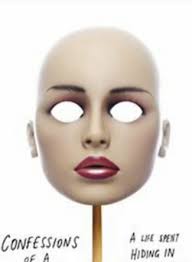 allowed them to label certain prisoners as psychopaths and predict their higher probability of re-offending. So predicting the likelihood of future “bad” behavior for the purpose of prevention became the major way in which the checklist has been used. For some reason, clinical practitioners have distanced themselves from it so far that it is difficult to impossible

to get this kind of assessment. M.E. Thomas sounded paranoid in Psychopath Night when she worried about society some-day putting her and others into a “sociopath-only gulag” but denying parole to a prisoner kind of verges on this kind of mentality. At least prisoners have been sentenced to their time as punishment for their crimes. To penalize or restrict the freedom of one who might offend, as was dramatized in Minority Report, a movie starring Tom Cruz, takes it to a much more dangerous level. Funny, how some people deny that we exist while others want to force “preventative” imprisonment or psycho-surgery on us to protect themselves from us.

I’m glad we are speaking for ourselves now however guardedly.  Are we ever going to be accurately represented by experts? Not that I’m knocking those who have actually added to the public’s understanding and awareness (as long as it doesn’t make us the prey of the neural typicals {NTs}). Let us learn from them. But let us be our own greatest teacher. After all, what is all that grandiosity for if not that? 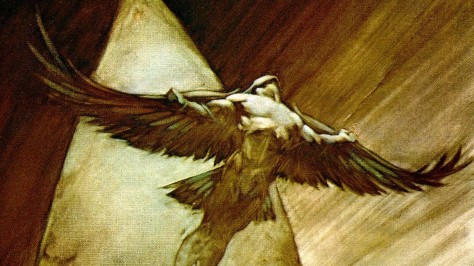 2 thoughts on “What is Psychopathy?”