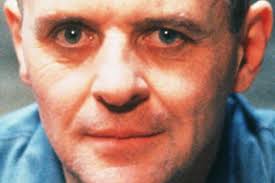 “You’ve given up good and evil for behaviorism, Officer Starling. You’ve got everybody in moral dignity pants—nothing is ever anybody’s fault. Look at me, Office Starling. Can you stand to say I’m evil? Am I evil, Officer Starling?”

“I think you’ve been destructive. For me it’s the same thing.”

“Evil’s just destructive? Then storms are evil, if it’s that simple. And we have fire, and there’s hail. Underwriters lump it under ‘Acts of God.'”

“I collect church crashes, recreationally. Did you see the recent one in Sicily? Marvelous! The façade fell on sixty-five grandmothers at a special Mass. Was that evil? If so, who did it? If He’s up there, He just loves it, Officer Starling. Typhoid and swans—it all comes from the same place.

Defining “evil” is as challenging as it is compelling. I once participated in a forum for members and non-members of the Temple of Set. Since that is a satanic temple, I thought this would be a good group to ask for such a definition. Most had as much trouble as I did but Tim Maroney, a kind of persona non grata in my local OTO, someone with a rougish reputation, came up with what I consider the most satisfying answer. Evil is something that so outrages our sense of how things are and should be that we feel it shouldn’t even exist. It threatens our very sense of reality. This definition puts “evil” firmly in the subjective category which explains why a satisfactory definition is so illusive.

For example, the Holocaust seemed to most people an event that just can’t be. Most people will name Hitler as the most indisputably evil person on earth. (Of course, we usually accept comparable acts of evil without thinking because they are so ingrained in our own society. I would include the genocide of the indigenous Americans as an example although there are others.) The point of this train of thought is that “evil” is really subjective. It’s about how we feel about an act. It has no truly objective definition.

There is a book called People of the Lie by a psychiatrist named M. Scott Peck who actually wants to add “evil” to the DSM as a diagnostic category. Dr. Peck admits “we do not have a generally accepted definition of evil.” It has been pretty universally believed that “good” and “evil” are moral concepts, not scientific ones. Science is supposed to be objective. Morality is subjective. People cannot agree what is moral and what is not. We have already been troubled by people trying to insert their religious beliefs into science, thereby corrupting the purity of the discipline. For example, a politically potent group has managed to force some public schools to teach creationism along side Darwinism as if both can be considered valid scientific theories.

Dr. Peck seems to consider “evil” something of a more objective nature. He felt his son gave the most successful definition. “It’s ‘live’ backwards,” he said. “‘Evil’ is what goes against life.” One could reply that “god” must be evil as death is part of the life cycle. Of course, Christians believe salvation defeats death. On the other hand, most of them believe our souls are immortal whether we are “saved” or “damned.” The damned are condemned to infinite torment. So “evil” wouldn’t be anti life so much as it would be pro-suffering although suffering is part of life. Christ, himself, had to suffer to redeem “evil” mankind. The main symbol of Christianity is the cross which represents suffering. Of course, there’s bliss for those who pass the test and get redeemed.

To believers in god, finding “evil” objective should be second nature. After all, god created all that is, including values. Evil, is then, whatever god says it is. In order to believe “evil” can be examined scientifically, one would almost have to believe it is objective. But how do we derive Christian dogma from science?

Dr. Peck admits that “the very word ‘evil’ requires an a priori value judgment.” So, in wanting science to deal with the concept of “evil,” Peck is seeking to overthrow the “value-free” nature of science.

In the course of discussing the psychotherapy of one of his patients, Peck comes close to my own (really Tim Maroney’s) definition of evil. “More than anything else, it is this “inhuman” something out of reach of ordinary psychodynamic understanding, that I have labeled—rightly or wrongly—evil. But I cannot be absolutely certain whether it was alien to me because it was evil or whether I called it evil because it was so alien.” Peck’s use of the words “inhuman” and “alien” remind me of the frequent instances in which bloggers refer to psychopathy in those terms. Some say we’re not really human, that we are really reptiles. This is pretty similar to the definition I stated above. Evil is the subjective label we apply to those things beyond our ability to accept or comprehend.

Peck knows that most “evil” people don’t consider themselves evil at all. In fact, they are more likely to impute evil to those who hold contrary values. Peck calls those others “scapegoats” when being judged by those Peck, himself, has judged as evil. So here we are again. The failure of people to agree on what is “right” and what is “wrong” is that very subjectivity which makes moral judgment an inappropriate subject for scientific inquiry.

Unfortunately, science isn’t always the clear-cut objective arbiter of Truth we wish it to be. While it generally follows rigidly objective methodology, there are certain issues in which there is not only disagreement but passionate partisanship on both sides. These issues include vaccination, global warming and diet. I think if people really considered these questions dispassionately, they would be able to reach a lot more consensus. However, politics seems to be tainting what should be a kingdom of pure intellect. In the issue of vaccination, for example, I have noticed that the arguments from the pro-vax side often take the form of appeals to historical events and authority. This side insists that Dr. Wakefield, a staunch advocate on the anti-vax side, was discredited in a court case. They also assert that they are better educated then their opponent so their opinions must be accepted without question.

The fact that issues of science can be so effectively disputed raises the philosophical question of epistemology. What is the final test of truth? It will not be the task of this blog to try to solve that question. But it is good to remember how slippery truth can be before we just slap down Dr. Peck’s opinions on first sight.

Dr. Peck, himself, agrees about “the limitations of science.” Even when science is applied in the most unbiased manner, scientists are just people and not oracles. They can only get the best answers available at the time. Often, the scientific consensus changes every twenty years or so. Recently, the psyche was considered practically a blank slate. Environment and upbringing was all. Now, the pendulum has swung to heredity.

Realizing how prone to error science is even when kept free of issues which are already known to be subjective, one would think Peck would want to avoid such a value-laden concept as “evil” out of science.

Bravely walking where angels fear to tread, Peck an unabashed Christian, seems to believe that evil is such  threat to the natural order that clergy are not enough to combat it themselves. No, psychiatrists are needed to join the fray.

“Evil is a moral judgment. I am proposing that it may also be a scientific judgment. But making the judgment scientifically will not remove it from the moral sphere. The word is pejorative. Whether we call a man evil on the basis of pure opinion or on the basis of a standardized psychological test, we are passing a moral judgment on him either way.” Exactly. Psychiatry is already covertly judgmental. When people  used to say “evil,” they now say “sick,” meaning the same thing. I would rather critique science for hidden moralizing than give in to it.

But Peck says, “the time is right, I believe, for psychiatry to recognize a distinct new type of personality disorder to encompass those I have named evil.” At the same time, he likes the label “narcissistic personality disorder” as a possible home for his scientific witch-hunting. (Funny, he never mentions the favorite butt of the judgies, ASPD, “antisocial personality disorder,” historically associated with “psychopathy.”) No wonder, the narc-hating “recovery movement” with its “victims” of narcissists loves this book so much.  One must wonder how a psychiatrist would be trained to “diagnose evil.”

“Evil is ugly.” In Chapter 3, he wrote, “Evil was defined as the use of power to destroy the spiritual growth of others for the purpose of defending and preserving the integrity of our own sick selves.” Some of the examples he gives don’t even strike me as evil. A sad couple bound by the mutual agreement that he is an eternal fuck-up and she the sacrificial martyr. Essentially boring, these people aren’t harming anyone but themselves.  Already,

we have a lack of consensus about what acts qualify as “evil.”

“I am also saying that disease, whether it be evil or delirium or psychosis or diabetes or hypertension, is an objective reality and is not to be defined by subjective acknowledgment or lack of acknowledgment.” In other words, the sick don’t get to decide if they are sick. We scientists know better. He gives an example of someone trying to run off while in a state of acute psychosis. I think there’s a big difference between psychosis and disagreement with a doctor’s diagnosis or prescription. As mentioned above, there are people who would fight cancer with diet and refuse chemotherapy. These people are not crazy and their strategy has been known to succeed. He poo-poos the idea that someone he considers “sick” or “evil” can refuse his judgment because he/she feels fine. “The evil deny the suffering of their guilt—the painful awareness of their sin, inadequacy, and imperfection—by casting their pain onto others through projection and scapegoating.” No. Feeling fine is no proof of health. “Conversely, it is the unwillingness to suffer emotional pain that usually lies at the very root of emotional illness.” Of course, Christians worship suffering. Their religion gives meaning to suffering. If Peck can claim the scientific objectivity of “evil” as a “disease,” I propose we do the same thing with religion.

The book reaches an interesting tangent when Peck get’s into the subject of demonic possession and exorcism. He goes into a great deal of detail about a case of a woman he couldn’t “cure.” The reason he gives is the woman didn’t really want to be healed. Of course, it is not unusual for psychiatric patients to resist healing. But this particular patient was “evil.” Dr. Peck is sure of it. He takes another crack at defining evil. “More than anything else, it is this “inhuman” something, out of reach of ordinary psychodynamic understanding, that I have labeled—rightly or wrongly—evil. But I cannot be absolutely certain whether it was alien to me because it was evil or whether I called it evil because it was so alien.” The word “alien” pops up like a red flag for me. It seems to signal the conservative’s intolerance toward difference. People from Mexico are “illegal aliens” and politicians want to wall them out.

In the following chapter, Peck makes a claim that makes him look narcissistic (or, at least, grandiose). “The vast majority of cases described in the literature are those of possession by minor demons. These two were highly unusual in that both were cases of Satanic possession. I now know Satan is real, I have met it.” Interesting that the man who imputes evil to narcissists should be so narcissistic, himself. Is evil a disease? I say religion is a disease.