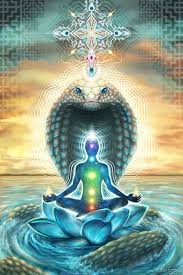 From the myth of Adam and Eve, reptiles have been hated and feared in Western culture. A DVD called Gods of the New Age by Jeremiah Films mentioned that only Christian tradition sees the serpent as dangerous and evil. Hindu Yoga considers a “kundalini” serpent force residing in the bottom of  the spine. Kundalini Yoga works to raise the serpent power up the spine and out through the head. This brings enlightenment. Shiva, one of the greatest gods in Hinduism, feared in Christianity as “a god of destruction,” is depicted covered with snakes. Other cultures show divine reptilian figures. The ancient Egyptians were big on reptilian gods. Their hieroglyphics depict reptiles and birds with their own associated mythology. “Reptilian and bird people fought lion people and humans.” 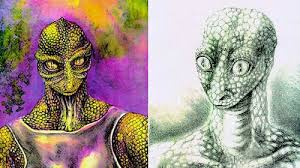 Draco is the name of one of Harry Potter’s enemies. In the novel, Harry Potter, “draco” means “dragon.” But in ancient Greece, Draco was the Law Giver. The constitution of ancient Athens was laid down by Draco. Interestingly, the word “draconian” which means backwards in a very negative way, seems to have direct ties to Draco. An English writer, David Ickes, has had a lot to say about a conspiracy involving reptiles currently threatening our planet. According to Ickes (who is actually a progressive associated with the Green Party) seems to be a major source of the beliefs in human reptilians. “At the heart of his theories lies the idea that a secret group of reptilian humanoids called the Babylonian Brotherhood (including) controls humanity, and that many prominent figures are reptilian.”

In Harry Potter, the “good” house, Gryffinder, has the lion as mascot while the “bad” house, Slytherin, is associated with the snake. Consider how far back the notion of reptiles’ emnity with lions. All the way back to ancient Egypt.

Some people believe reptilian aliens, Annunaki, modified human beings to make slaves of us. Interesting coincidence that in Bladerunner, humans created “replicants” to be slaves of our kind.

Certainly snakes are considered “evil” in the Western culture. Satan came to Eve as a snake to tempt her to defy God by eating the fruit of knowledge of good and evil. Instead of understanding “good and evil,” we are supposed to take the word of “god” or the bible. Just accept what we are told the way children are supposed to do. Reptiles are thought of as objects of revulsion in the West.

The myriad myths about reptiles aptly illustrates the importance and fascination humans have for these creatures. But reptiles are more than mythology. They are real beings believed to have evolved directly from dinosaurs which makes them the oldest life forms on earth. Their personalities are pretty low-key and beneath the radar. The page Reptiles,  says “When it comes 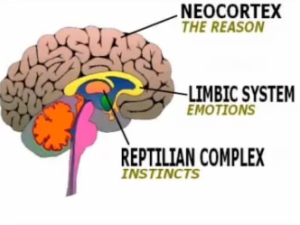 to their careers, reptile personalities are unfussy and have no false modesty in accepting menial jobs as long as it gives them time to develop their other passions: writing and art.” Hardly an image of what most people consider “evil.” Observing reptiles, myself, I find they are more sneaky than aggressive. Canines, Felines and Reptiles are all predators. Some birds are predators although most just eat seeds. Of predatory species, canines and felines are the most aggressive. Canines are pack animals. They are hierarchical and eager to establish who is the top dog. Cats are sneakier. They are more interested in not being seen until they are ready to make their move, either as predators or seekers of someone’s favor. Cats have learned to do this well. But they will not be open until they know they can trust you. Reptiles can stay hidden for very long periods of time. They are capable to a physical and mental stillness 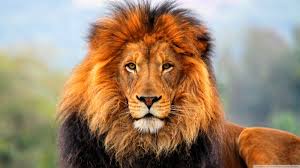 that puts mammels to shame. Their unflinching gaze is unnerving to many who are not so capable. The fact that Hogwards has assigned the most disliked house to the reptilian Serpent shows how uneasy reptiles make other animals. Felines are proud and showy when they are in a sufficient position of strength to get away with it. This arrogance is clearly valued at Hogwards (and most other places) by the evident fact that their house, Gryffinder, is the most admired. As fellow-predators, Gryffinders and Slytherins are avowed enemies of one and other. Hufflepuffs (badgers) are predators. Some of their prey are snakes but Slytherins don’t seem concerned about that. Nobody seems to fear Ravenclaws (birds) either. It is the size and aggressiveness of Lions that earn respect confer upon them the title of King of the Jungle.

Why am I going on about Hogwarts and Harry Potter? Because people’s attitudes towards different species seem reflected in Harry Potter as well as in life. The brain consists of three basic parts. The reptilian part of the brain is the oldest. It’s main task is survival. Everything that lives must survive. And they also must propagate their own kind. Everyone has a reptilian part of his/her brain.The other two are the limbic brain and the neocortex. The main structures of the limbic brain are the hippocampus, the amygdala, and the hypothalamus. Characters of a personality based solely (or mostly) on the reptilian brain are supposed to be rigid, vigilant, obsessive-compulsive, traditional, conservative. Some of these traits are contrary to what we know about psychopaths. We are known for fearlessness, for example. That supposedly comes from the amagdala’s under arousal. Rigid? Why don’t we obey the law more exactly then? Are psychopaths really known for “accepting menial jobs as long as it gives (us) time to develop (our) other passions ?” It looks like we flunk the reptilian test. Yet so many people swear we are reptilian. How is this for an answer? The Reptilian Stare: Psychopath’s pupil dilation when you are the target. “The wiring from the locus coeruleus goes up through the midbrain to connect with the amygdala and other areas. The brain midline defects apparently found in psychopaths (here) seem to provide a wide open highway for the reptilian signals .  Here is a brain with no septum pellucidium (where the red arrow is, there should be a piece of tissue) – one of the anatomical defects, apparently, in the psychopath brain (as it was defined at the time). 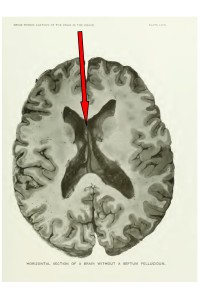 So far, the actual personalities of real reptiles don’t live up to the notoriety of some psychopaths who have made big names for themselves as bad asses.  We do tend to live up to the traits imputed to us in the PCL-R and the MRI but this hardly measures up to the paranoiac visions of Illuminati shape-shifters. Perhaps novelists and  movie makers are failing to meet their quotas of mystery and horror, forcing amateurs to get into the business. Nice, colorful stories. If only I could turn into a reptile at will. I could join the cast of Buffy the Vampire Slayer. Until then, I will have to make due with playing Nine Inch Nails’ Reptile and await the coming of the New World Order.

6 thoughts on “She’s Got The Blood of Reptile”