…and things that go bump in the night

The term “malignant narcissism” was first coined by Dr. Sam Vaknin, author of the famed Malignant Self Love: Narcissism Revisited. We now have a website by a Dr. George Simon called Manipulative-People.com, subtitled Your resource for coping with life’s most troubling characters. Dr. Simon offers Consultations, Seminars, Workshops and Webinars. Dr. Simon advises, “The consultations are neither meant to be construed as therapy nor are they meant to supplant therapy.  As such, they are not billable to 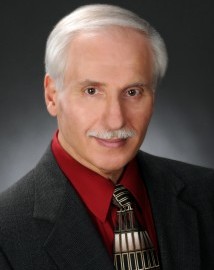 insurance.” However, “payment for the consultations can be made via PayPal and credit card.” He advertises himself as “an internationally-recognized expert on manipulators and other problem characters and the author of 3 bestselling books: In Sheep’s Clothing (which has been translated into 12 foreign languages), Character Disturbance, and The Judas Syndrome.” He now has an essay entitled Malignant Narcissism: At the Core of Psychopathy.

Interesting for a number of reasons. I always thought there was a difference between narcissism and psychopathy. Most psychopaths certainly think there is a difference. Narcissists are not highly regarded by my kind. The difference is that “narcs” need “narcissistic supply” (another term coined by Sam Vaknin) and psychopaths do not. Just knowing we’re ahead of our own game is usually enough to keep us happy. (We have other problems, such as boredom and loneliness but the intense need for validation is not one of them.) The film IPsychopath, starring Sam Vaknin has perhaps begun to blur the distinction. Sam is a self-professed “malignant narcissist” and is very well known as such. But in IPsychopath, he also claimed to be a psychopath. The film ends with him taking the PCL-R and proving his psycho-creds. So when Simon speaks of “malignant narcissism” being the “core of psychopathy,” it has precedence.

Sam Vaknin is an interesting person. He seems to be working both sides of the street. He is simultaneously a proud predator, as he declares on a website called The Art of Charm, “As a psychopath I abuse as thoughtlessly and automatically as you breathe … I find it pleasurable to inflict pain on people.” At the same time, he is helping victims of narcissists. On Narcissistic Abuse Recovery, he says, “Are you walking on eggshells with Dr. Jekyll and Mr. Hyde?  Welcome to our Narcissistic Personality Disorder and Psychopath Survivors Group. A Learning, Resource and Support Forum.” Perhaps Sam wants to be a resource for those who would embrace their narcissism and psychopathy as well as for those who reject it in others.

Laura, an administrator of the Cassiopaea Forum  confronts the contradiction straight on. When asked how he can be a healer and a narc, “Mr. Vaknin replies, ‘Indeed, only seeming. I may have misphrased myself. By “helpful” I meant “intended to help.” The

book was never intended to help anyone. Above all, it was meant to attract attention and adulation (narcissistic supply) to its author, myself. Being in a guru-like status is the ultimate narcissistic experience. Had I not also been a misanthrope and a schizoid, I might have actually enjoyed it. The book is imbued with an acerbic and vitriolic self-hatred, replete with diatribes and jeremiads and glaring warnings regarding narcissists and their despicable behavior. I refused to be “politically correct” and call the narcissist “other-challenged.” Yet, I am a narcissist and the book is, therefore, a self-directed “J’accuse.” This satisfies the enfant terrible in me, the part of me that seeks to be despised, abhorred, derided and, ultimately, punished by society at large.'” Um…OK.

Dr. Simon is a fish of a different color. He isn’t a narc (as far as we know) and he is firmly on only one side of the street, the side that declares itself normal and good. He does something I have yet to encounter in discussions or narcissism or psychopathy. He calls them character disorders. I googled the term and found a definition by Dr. Simon! under Counselling Resource. “Personality and character disorders are not the same thing. Our personality defines the stylistic way we tend to interact, while our character is defined by the level of social conscientiousness and virtue in our personality.” If I’m not mistaken, we are back to old fashioned morality. Sure enough, “the term ‘character’ generally refers to the extent of one’s virtuousness and social conscientiousness.” 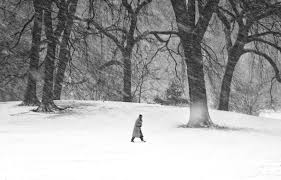 It figures. The experts have already said “psychopathy is forever.” Incurable. Writing someone off seems to have already left the medical model behind. Dr. Hare has said we’re “probably not very nice people.” Has psychology taken us, declared us “sick” and then thrown away as too far gone for redemption. Is psychopathy something that needs redemption? I always suspected that psychiatry was another system of morality in medical drag. What is a disorder? A disease? Aren’t they something that has been deemed a problem? Something that shouldn’t even be? Something that needs to be fixed?

What does the word “malignant” mean? Dictionary.com calls it “A descriptive term for things or conditions that threaten life or well-being. Malignant is the opposite of benign. Note: The term malignant is used in describing cancerous tumors (see cancer) because such growths are a threat to the health of the individual.” It sounds like malignant is the worst thing anything can be. MedicineNet says, “The word malignant comes the Latin combination of ‘mal’ meaning ‘bad’ and ‘nascor’ meaning ‘to be born’; malignant literally means ‘born to be bad.'” There we have it. Psychopaths are born with “aberrant” brains. We are simply born to be bad.

I guess I’ve always known in my heart that I was rejected by society on a very deep level. One of my earliest memories was seeing myself as an “outlaw.” Of course, being seen as and treated as an enemy can only confirm the deepest level of alienation. What kind of loyalty can I owe the world that collectively disowns me? Is this the price of freedom? Alive and free. Or, in the words of Tom Petty, “Free Falling.”