This is a new series. My autobiography.

I’ve led an interesting life that seems worth talking about. I tried it once before but went into too much detail. This will be more streamlined, more entertaining and more fun for me to tell.

I was born in Manhattan to Jewish atheists. My mother was a liberal and didn’t have the courage to admit she was an atheist. Instead she told me god was an old man up in the sky some people believed in. Of course, I knew there was no old man in the sky. I looked up and saw nobody. But my mother pointed out that there are people in California who never saw snow. But we know snow is real. If I had been sharper, I would have said, “Somebody sees snow. Who has seen god.” Of course, some people have. Most of them are in mental hospitals. My father was a Trotskyist who had no problem articulating his beliefs, both cosmic and mundane. 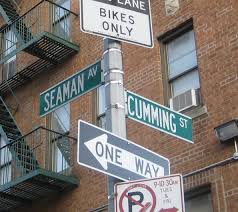 I had a sister, two years younger, whom I bullied when we were toddlers. Later, I discovered she could be a fun playmate. I think my terrible twos lasted for my entire childhood. It seemed I was always having a stand-off with my mother. I was only fighting for the right to be myself. It seemed I always had to fight for that.

We lived near a park with woods and rocks and trees to climb and even a little stream to build dams in after the rain. My best friends were boys. We played with forts and had gangs. Once I belonged to two gangs at once. I told each one I was spying on the other gang when I felt like playing with them. On my block, I hung with another group of boys who were into mischief. We would annoy local merchants until one of them ran after me and caught me. I was dragged home like a desperado where all my misdeeds were paraded before my mother.

As a kid I avidly read Heidi books, then Black Beauty and the Sue Barton, Student Nurse books. For a while, I read a lot of sea stories because a boy I had a crush on read sea stories. As I approached adolescence, I got interested in “grown up” books by Dostoevsky. I found it fun to “be” a character in a book and act exactly like that character without telling anyone what I was doing. This led to my deciding to kill myself after a character I was “being” did so. I guess it’s a form of integrity that I was so committed to my 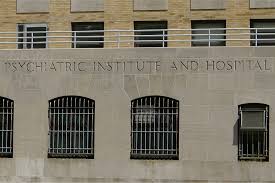 role-playing that I would carry it out to the bitter end. Again, nobody knew why I was doing this. It was my secret. The secret’s out. It was Smerdyakov from The Brothers Karamazov. My acting out got me into a nuthouse. I saw what was happening and I decided I wanted to go there. I felt completely in control of the events as if I were writing a play and everyone was playing a role which I assigned him. It was a heady feeling. Some doctor there told me I probably just had a personality disorder and would be out in two months. I thought, “That’s what you think.” I knew I didn’t want to go home that soon. I stayed for two years.

Somehow, I felt comfortable there although there were some floridly crazy people there. There were also some kids a few years older than me. I was 13. They were 14 and 16. I was odd girl out at first as the other two bonded but the 16-year-old left and I eventually

became friends with the other girl. We are in touch to this day. There were activities available if you behaved. There was gym and OT (occupational therapy) and helio and hydro therapy. There was also “school” which was a joke because we just sat and stared at the “teacher” who was only a glorified baby sitter. But you could get credit. I earned a year’s credit during my two years there. It was there that I learned about teen culture, rock and roll, hero sandwiches and pizza and how to dress cool.

I had my first really powerful crush or “love.” I had had crushes all through childhood but this was different. It was on a girl, a butch dyke who was a very cool JD. She had been in reform schools (the ones run by the Catholic Church) 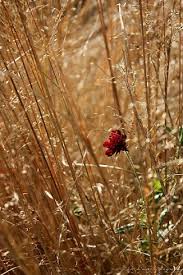 where she had affairs with the nuns. While she was in the nuthouse, she had an affair with the head nurse of the women’s ward. I know this for a fact. I mean, it wasn’t just her bragging and making stuff up. She never took me seriously and saw me as a kid. But I felt really poignant pangs of agony and ecstasy. My first real love. While we didn’t get to be lovers, we were good friends and hung out a lot, even after we got out of the nuthouse. I visited her at her mother’s apartment which I found fascinating and exotic. Her two sisters were a lot freer and more grown up than I. One was really sophisticated and beautiful. I studied her make-up tricks. The other looked like she was going to be a dyke but she was dating guys.

But, in the nuthouse, I was still going through changes. I read a magazine article about teen thrill killers and I decided that would be a very cool thing to be so I planned a murder. I was totally committed to my course of action. The planning part made me really high. It lifted me above the mundane life I seemed to be living. I picked a victim, a girl my age who trusted me enough to have me over to her apartment. Then I hit her over the head with a really heavy object. I thought this would kill her but, instead of going down, she ran out of the apartment.

That stunt earned me a return to the “disturbed ward” from which I had to work my way back down to the open ward. I went to school from there, a private, progressive school my parents found for me. Nobody knew I was living in a nuthouse. I managed to keep it a secret. I found my circle, the most rebellious kids. I was smitten with another girl, this one very femme. She was way cute and reminded me of Brigitte Bardot. To my astonishment, she came on to me. We started hanging together and were going to do more when she mysteriously disappeared.