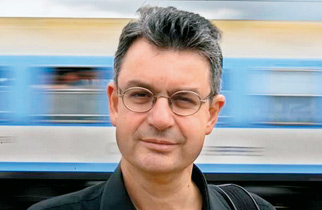 Sam Vaknin said, “Grandiosity is an inflated self-image. It is a divorce between reality and self-perception. An abyss. A gulf between a narcissists real life, real accomplishments, real talents, real skills, real everything and his perception of his accomplishments, talents, skills and everything else.” It is “constructed on an edifice of cognitive deficits.” But could anyone who really believes he is better at everything than he really is actually call himself “grandiose?” Wikipedia defines it as “an unrealistic sense of superiority—a sustained view of oneself as better than others that causes the narcissist to view others with disdain or as inferior—as well as to a sense of uniqueness: the belief that few others have anything in common with oneself and that one can only be understood by a few or very special people.” Since “unrealistic” is part of the definition, how could anyone who really believed his “accomplishments, talents or skills” were superior call his belief “grandiosity.” The word, itself, belies the possibility of being truly delusional.

My grandiosity has nothing to do with any delusion of being objectively better at any specific ability than other people. In fact, it has little to do with anything that can be objectively measured. I regard myself as far too unique to be compared to other people. It is a deep conviction of my own specialness. This conviction produces a rich euphoria that is beyond anyone’s touch. For that reason, I never feel the need to defend my conviction of uniqueness nor to prove it to others. What can uniqueness have to do with comparison anyway? I recognize grandiosity in others. I have no need to compete with them or to prove I am “better.” I see us as some sort of elite. Their grandiosity doesn’t detract from mine nor does mine detract from theirs. I was wearing my “I love being grandiose” t-shirt one day when a guy in the supermarket where I was shopping confided he had the same feeling. We happily recognized each other and rejoiced in this thing we shared and others knew nothing about.

Narcopalypse: WHY (we) MUST Come to The “Richard-Lidija-Sam Vaknin Destroy Narcissism” Seminar.

Sam Vaknin is giving a seminar on destroying narcissism. He calls it a Narcopalypse. It will star Richard Grannon, Sam Vaknin and his wife, Lidija Rangelovska. Richard Grannon has made a video promoting it, saying “This is a very, very thorough course and it’s going to do some deep work. It’s never been done before and we don’t know if we’re ever going to do it again.” WOW! Sounds once in a lifetime. Sam “knows everything there is to know about the subject and guess what he wants to help. Why? Because that’s part of who he is. That’s part of his personality disorder.” So his narcissism makes him want to help. I wonder why other narcissists don’t want to help. No. They have done the harm which Sam and Richard want to help people recover from. Well, that’s marketing. Sam really cares about healing victims of his fellow narcs but it’s at a price. The entire two-day seminar costs 198 English pounds.

2 thoughts on “I am Grandiose: Boast or Confession?”