I once audited a theater class. A student played a part but didn’t stay in character all the way through. “Never forget,” said the teacher, “that you are on the stage.”  It is the same with crime.

Of course, it is obvious that fraud is all about acting. But it also holds true for any other 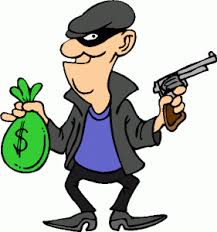 kind of crime. Even with armed robbery, one mustn’t forget to hold his gun at the ready. Although I knew a guy who robbed a bank without a gun. He just gave the teller a note and the teller gave him the money. I’m sure he stayed in character until he was well out of the bank and the eyesight of witnesses. He had to walk like someone who was armed and who had taken what he had by force. (He got caught later on by bragging in a newsletter about the crime!)

Dostoevsky’s masterpiece, Crime and Punishment, described the agony someone might go through in the commission of a perfect crime, one that is succeeding, in maintaining one’s cool throughout the entire act.

And they did not know how to change the notes either; the man who changed the notes took five thousand rubles, and his hands trembled. He counted the first 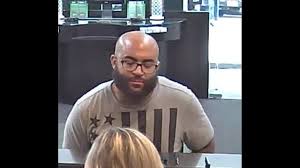 four thousand, but did not count the fifth thousand—he was in such a hurry to get the money into his pocket and run away. Of course he roused suspicion. And the whole thing came to a crash through one fool! Is it possible?”

“That his hands trembled?” observed Zametov, “yes, that’s quite possible. That I feel quite sure is possible. Sometimes one can’t stand things.”

“Why, could you stand it then? No, I couldn’t. For the sake of a hundred rubles to face such a terrible experience! To go with false notes into a bank where it’s their business to spot that sort of thing! No, I should not have the face to do it. Would you?”

Of course, it isn’t for the sake of a hundred rubles. The entire venture is at stake. One must stay in character throughout the entire act. He is playing an innocent customer. If he can’t remain in character while on stage, all will be lost.

One thought on “Crime as Theatre”