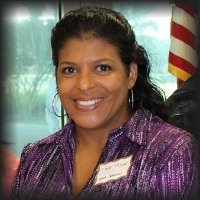 Tina Taylor, author of the blog, No Psychos, No Druggies, No Stooges, and newsletter, Psychopathic Times (Narcissist Nation), is an experience in herself. A self-described genetic psycho, she says she is the only NT (neurotypical, non-psychopath) in her family of psychopaths. As such, she claims expert knowledge of psychopaths. She is definitely an original, promoting ideas that are definitely her own. She denies that her blog is anti-psychopath. While we are not to blame for our condition, according to Tina, since we are neurologically impaired, we can not be trusted in positions of power or authority.

Tina has long been known for her idea that all political candidates should be tested by brain scan for psychopathy, the idea being that society should not allow psychopaths to hold political office. But she has now outdone herself with her latest blog, The Corrupt DSM-5’s Missing Psychopathy Diagnosis  (update). I agree with her (and with Dr. Robert Hare) that the DSM is wrong to eliminate psychopathy and substitute it with “ASPD.” I consider that choice on their part to be a hideously behaviorist decision. Behaviorist basically denies the existence of an inner self, at least one that can be known and studied scientifically. Behaviorists want to limit psychology to the study of behavior.

What I don’t agree with her on is her statement: “Society would best be served by diagnosing children so that they can be led to a less destructive life path. And, also schoolchildren should be taught the basics of personality disorders so we all don’t grow up oblivious to the deviant con artistry of the psychopath’s mask.” The plan to diagnose children with psychopathy goes against the current standard bigtime. Psychologists are forbidden from giving children such a diagnosis on the ground that children are still developing and we can’t know what they will become.

I do agree that psychopaths are born and, so, psychopathy is present from the earliest age. But the profession insists on calling children with these tendencies “callous unemotional,” and say they have “conduct disorders” or “oppositional defiant disorder.” But children are still undeveloped and have potential to grow in many different directions. She hasn’t said how she would diagnose childhood psychopaths. She would subject adults to the MRI brain scan.

Tina has long advocated compulsory testing of everyone who seeks a position of power and authority in the community. But, if children are also to be tested, it amounts to testing the entire population. Doesn’t it?

The brains of psychopaths do look noticeably different from those of the rest of humanity. But what about the brains of kids. Some studies have tested kids’ brains. “As a group, the boys with serious conduct problems tended to show decreased activation in areas of the brain — especially the anterior cingulate cortex, and the insula — that are critical for empathy for pain, in comparison to the control group of boys.” 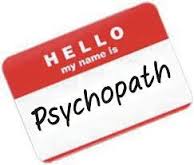 But the article goes on to say, “No child should ever be labeled a psychopath, Viding said, because their brains and life experiences are still  developing and, especially if given intervention, they may never wind up psychopathic, but callous traits are a real problem.” Jennifer Kahn wrote, “Currently, there is no standard test for psychopathy in children, but a growing number of psychologists believe that psychopathy, like autism, is a distinct neurological condition — one that can be identified in children as young as 5.”

However, other scientists such as Jarkko Jalava, Stephanie Griffiths, and Michael Maralin are more skeptical  who wrote The Myth of the Born Criminal: Psychopathy, Neurobiology, and the Creation of the Modern Degenerate. This book points out that it isn’t necessarily the brain causing qualities in the psyche. The psyche, including a person’s behavior, can shape the brain too.

Still, there does seem to be perceivable connection between psychopathy and what shows up in an MRI. So should we test children for psychopathy? A lot of parents would resist that. Perhaps children who have already proven extremely difficult could be tested. A blanket test for all children doesn’t seem necessary.

Then, once a child is found to have signs of psychopathy, what can be done with or for him? Is psychopathy treatable in children? Most psychologists don’t think adults can be treated. There have been efforts to treat kids with “callous unemotional” traits but the results have not been very promising. A comment inserted in the article Can Psychopathy be Cured says, “Even though their behaviour is extremely primitive, there 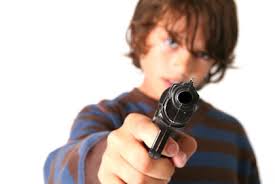 is no need to cast them out as monsters. Put to work in properly controlled environments, perhaps even psychopaths could yield benefits for the greater good. But first things first, we need to give up the idea that we can save them. They don’t want to be saved. They regard US, normal humanity, as an alien species that needs fixing.” The statement goes on with what I consider a paranoid conspiracy theory that blames psychopaths for all the ills of society. “That is why they have taken over socio-political

institutions the world over and are busy trying to ‘remodel’ humanity in their image. While humans are busying themselves with concern for psychopaths, psychopaths are busy caging humans into a global hi-tech big brother society then tasering them with economic shock therapy, shock and awe, war and so on.” Quite an accomplishment for 1% of the population. I think some of the fuck-up in society must have been brought about by NTs and/or empaths, wonderful as they are thought to be.

The article goes on to describe life at the “summer camp” a psychopathic kid named Michael is getting “help” (or so they hope). It looks like there is a lot of behaviorism at work. People get “reward points” for good behavior. They seem to learn how to better manipulate the system to get what they want. But isn’t that what maturing and becoming part of society really is all about? People do what society likes and they are rewarded. They do what society doesn’t like and they are punished.

“Treatment” for adult psychopaths in prison sometimes consists of getting the psychopath to understand that good behavior results in more reward than bad behavior. This approach has been more successful than attempts to instill empathy in someone who lacks it. Yet hope springs eternal. Dr. Waschbusch said, “In my view, these kids need intensive intervention to get them back to normal – to the place where other strategies can even have an effect. But to take the attitude that psychopathy is untreatable because it’s genetic – that’s not accurate. There’s a stigma that psychopaths are the hardest of the hardened criminals. My fear is that if we call these kids ‘prepsychopathic,’ people are going to draw that inference: that this is a quality that can’t be changed, that it’s immutable. I don’t believe that. Physiology isn’t destiny.” Yet the kids in the summer program described in the article didn’t seem to improve.

A series of studies conducted by Lee Robins showed that while all psychopaths were once antisocial kids, not all antisocial kids grow up to be psychopaths. “That gap is what gives researchers hope. If a genetic predisposition to psychopathy is a risk factor, the logic goes, that risk might be mitigated by environmental influences – the same way that diet can be used to lower an inherited risk for heart disease. Like many psychologists, Frick and Lynam also suspect that the famously ‘intractable’ nature of psychopathy may actually be overblown, a product of uninformed treatment strategies. Researchers are now careful to distinguish between callous-unemotional traits observed in children and full-blown

adult psychopathy, which, like most psychological disorders, becomes harder to treat the longer it persists.” Dr. Frick said, ” If treatment is begun early enough, he says, it may be possible to rewire the brain so that even C.U. children might develop greater empathy, through therapies that teach everything from identifying emotions (C.U. children tend to have difficulty recognizing fear in others) to basics of the Golden Rule. No one has yet tested such treatments in C.U. children, but Frick notes that one early study indicated that warm, affectionate parenting seems to reduce callousness in C.U. kids over time – even in children who initially resist such closeness.” I wish them luck. I think accepting psychopathy and teaching psychopaths how to have a better life by working with instead of against society is a better idea.

Tina’s idea of teaching kids about personality disorders is more troubling than the idea of testing those who show signs of psychopathy. Even adults who are well read on the subject have a tendency to label each other with joyful abandon. “He’s a narc.” “She is histrionic.” “He’s borderline.” “What a psychopath!” If grown-ups do it, wouldn’t kids do it even more? Would knowing about these “disorders” really help kids deal more effectively with them? The standard advice given in “how to handle a psychopath” is no contact. In a school situation, that amounts to ostracizing. Surely, there’s enough of that in school without actually telling kids it’s alright. Adults are already highly confused on the subject of “disordered” personalities. If we are confused, how can we give children any clarity on the subject? If it’s wrong or, at least, questionable to label children, teaching the whole class how to label each other can’t be a good idea.

4 thoughts on “Starting Kids on the Right ‘Path”