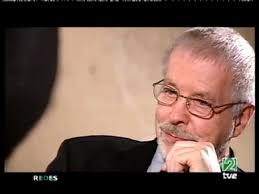 A while ago, I discussed an article about psychopaths and Robert Hare. The article was called I called Into the Mind of a Psychopath. I called mine Into the Mind of a Shrink, mirroring and mimicking the title of the article I was discussing. But, as they are studying us, it makes sense for us to study them as well. I like Hare although he has said a lot of bad things about us. We are dangerous, predatory, harmful. But he has also helped to define me with his checklist so I will always have a soft spot for him.

I belong to the Psychopathy Society, a private group in Facebook. Yesterday, I discovered on Twitter that there is another  Psychopathy Society only it is for professionals and students who are studying us. https://twitter.com/SSSpsychopathy They distance and objectify us as does most of society. An example of their writing: 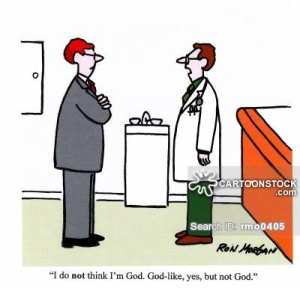 “Psychopathy is associated with persistent antisocial behavior and a striking lack of regret for the consequences of that behavior. Although explanatory models for psychopathy have largely focused on deficits in affective responsiveness, recent work indicates that aberrant value-based decision making may also play a role. On that basis, some have suggested that psychopathic individuals may be unable to effectively use prospective simulations to update action value estimates during cost–benefit decision making. However, the specific mechanisms linking valuation, affective deficits, and maladaptive decision making in psychopathy remain unclear. Using a counterfactual decision-making paradigm, we found that individuals who scored high on a measure of psychopathy were as or more likely than individuals low on psychopathy to report negative affect in response to 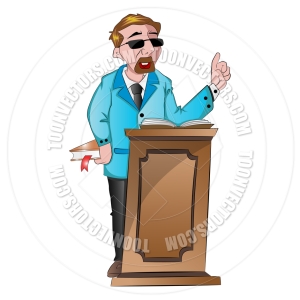 regret-inducing counterfactual outcomes. However, despite exhibiting intact affective regret sensitivity, they did not use prospective regret signals to guide choice behavior. In turn, diminished behavioral regret sensitivity predicted a higher number of prior incarcerations, and moderated the relationship between psychopathy and incarceration history. These findings raise the possibility that maladaptive decision making in psychopathic individuals is not a consequence of their inability to generate or experience negative emotions. Rather, antisocial behavior in psychopathy may be driven by a deficit in the generation of forward models that integrate information about rules, costs, and goals with stimulus value representations to promote adaptive behavior.”

Notice how the language of professionals so often seems designed for obscurity instead of clarity? I read the above paragraph a few times (as many times as I could stand) and think this chap is saying psychopaths don’t learn from experience. But I guess it’s more impressive in a long paragraph full of turgid prose. 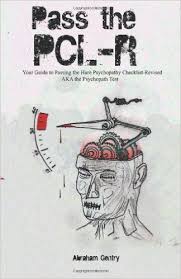 The relationship between psychopaths and professionals is interesting. Professionals claim to have the exclusive ability to know who is and who isn’t a psychopath. Why? The 20 traits in the PCL-R seem pretty straight-forward. But Hare says you need special training to be able to assess those traits in an individual. Does anyone else find that odd? What do they learn in their classes that makes things like “superficial charm” easier to recognize for them than it is for the average Joe?

Jon Ronson, who wrote a novel called The Psychopath Test, managed to antagonize Robert Hare by exaggerating his credentials as a psychopath-spotter on the strength of a single course he had taken with Dr. Hare. Ronson’s “depictions of the PCL-R and its 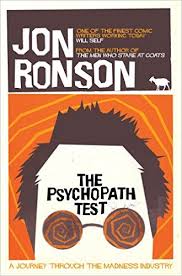 use were superficial and inaccurate. The PCL-R is a controlled instrument restricted to trained researchers and to clinicians with the academic, professional and legal qualifications to conduct psychological evaluations. PCL-R assessments require careful integration of interview and collateral information according to strict scoring guidelines.” There are written guidelines that provide the anointed with the specialized ability to interpret and apply the checklist with authority. Unfortunately, this knowledge is kept secret. Materials can be purchased for from $85 to $460. Only people who already have credentials are able to register and log in to some organizations where they can access some texts. Why this secrecy? It reminds me of a kids’ club where membership is closely guarded. 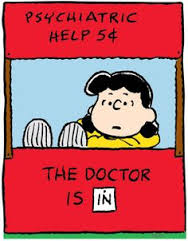 But Hare admitted that it’s not all about expertise. “Of course, not all clinicians have the personality, astuteness, impartiality, judgment, and interpersonal skill needed to collect, integrate, and interpret the extensive information involved in complex psychological evaluations. Some perhaps are guided by personal belief, and philosophies about human nature, or by explicit or implicit biases against, or attachments to, their clients; others may be too tenderhearted or tough-minded to provide balanced PCL assessments. Some clinicians may be unqualified or unsuited to conduct psychological evaluations that have serious consequences for an individual and society. Others function in an adversarial system in which an allegiance to one side or the other may trump professional integrity. These and related issues concerning the use of the PCL-R and its derivatives are addressed in 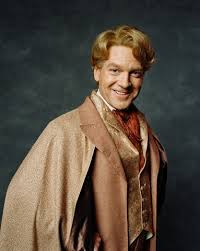 the current volume. The insights and recommendations of the authors of chapters concerned with clinical and forensic applications of these scales will prove to be particularly valuable to novice clinicians and will help those with more experience to hone their skills. At the same time, the criminal justice system must ensure that its clinicians and evaluators are competent and able to justify their evaluations.” This strikes me very much as common sense. Unfortunately, people with the wrong personal qualities can be quite capable of completing a course and becoming credited “experts.” Could not the inverse also be true? Could people with the objectivity and intellectual honesty not ever gain access to the inner sanctorium of knowledge? The people in my psychopathy group are hungry for knowledge and could probably apply the knowledge with special keenness. 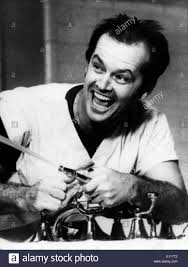 A few nights ago, I re-saw the old classic film One Flew Over the Cuckoo’s Nest. I couldn’t help noticing that the Jack Nicholson character reminded me of many of the case studies in Hervey Cleckley’s classic, The Mask of Sanity. The first case is indicative of the examples in Cleckley’s book. Max “seemed pleased to be at the hospital, was expansive and cordial, a little haughty despite his well-maintained air of camaraderie.Though a small man, only five feet six, he made a rather striking impression. His glance was fresh and arresting. His movements were quick, and he had an air of liveliness vaguely suggestive of a chipmunk. Though preposterously boastful, he did not show any indications of a psychosis.” Like Randle McMurphy, the protagonist of the film, Max was a 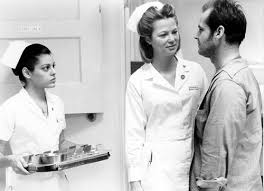 troublemaker. “He was often caught sowing the seeds of discontent among other patients whom he encouraged to break rules, to oppose attendants and to demand discharges. He made small thefts from time to time. This trend culminated in his kicking out an iron grill during the night and leaving the hospital. He took with him two psychotic patients, and numerous others testified that he had tried to persuade them to leave also.” It is interesting how a film can make the nurse of an institution who follows all the rules look unsympathetic while someone who acts exactly like a psychopath in one of Cleckley’s case studies is the hero. There is a scene where McMurphy walks into the 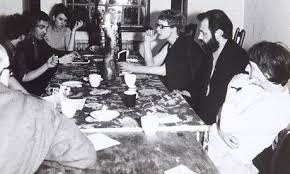 Nurses Station and all the staff panics just as if they saw a mouse or some really creepy insect. Professionals’ need to separate themselves from their patients could, itself, become a subject of serious study. It’s not just something of practical necessity. It’s visceral. One psychiatrist who didn’t seem to share that phobia was R.D. Laing. He presided over a radical I guess you would call it a mental hospital but unlike any others. The shrinks and the patients were all just people. Yes, once I wrote to Kingsley Hall saying I wanted to join them and they needed to know if that would be as a patient or as staff. I was also once in a mental patients’ liberation group and one of the members was so needy towards me, I had an absolute need to distant myself. Nothing’s simple. 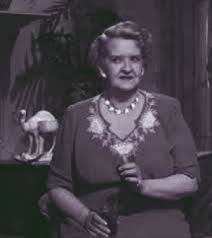 The general public is fascinated with psychology, as well it might be since psychology is a key to understanding the human psyche. Since we are all humans, we all have psyches and we all wish we could understand ourselves better. The world is full of amateur shrinks. The web is full of do-it-yourself psychological tests. So many psychiatric concepts seem so completely graspable by any intelligent layman that it’s just irresistible. There will always be a need for some people to be in the role of patient which means there will be healers. But many others want more fluidity in the roles. They are taking that liberty, like it or not. So many people have personality disorders they have self-accessed and never plan to see a shrink. And people will always be diagnosing each other and celebrities with abandon and glee. The human spirit is hard to contain.

One thought on “Psychopaths and Professionals”