what’s going on in Steve Bannon’s mind. The book is notorious or infamous for its racism. I already discussed the racist and anti-immigrant implications of the book in Psychopathy, Altruism and the Right. But there is a lot more to this book than that. I see it as a study of a moral conflict many modern civilized discontents suffer from. Christianity seems to be the biggest culprit but other religions are probably also to blame. Not that I am condemning out of hand Christian moral values. I’m merely examining the implications for those who subscribe to those values. 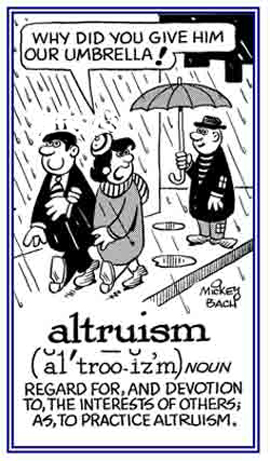 Before going any further, let me be explicit in stating that I think the story in this book is very unrealistic. It concerns a culture clash between Third World people (especially East Indians), who are depicted as disgusting and subhuman, and Whites, who are so disarmed with political correctness and white liberal guilt that they are rendered helpless. In reality, Third World people are nothing like the ones in this book. They have their own culture and their own way of life. Whites, especially those in charge of running countries, are not nearly as squeamish about hurting Third World people as depicted in the book. Just look at all the bombing of civilians the United States is doing right now. With that disclaimer, I still think the book poses some interesting philosophical problems which I plan to scrutinize.

Apparently, this story is meant to take place some time in the future when Christian (and Hindu) values of universal love had transmogrified into liberalism. The fact that these citizens of western civilization were confronted by a mass of hostile invaders who were, however, unarmed and starving, discovered they were unable to defend themselves. It is untrue that the invaders had no weapon. They had a very potent weapon: the guilty conscience of the people they were marching upon.

Liberals have always remarked upon the unchristian behavior of the rich. Christ would have shared his last shirt with someone who didn’t have one. How can they call themselves Christians? Well, in Jean Raspail’s dystopia, the more prosperous did have a Christian conscience. They were aware of how at odds the realities of the world were from the values they espoused. But, if the rich really do live with such cognitive dissonance, they don’t let it

dictate their actions. Calvinists have the cleverest solution to being rich and Christian. They believe God bestows material wealth on those who He intends to save. At odds with the scripture, perhaps, but with a logic of its own. In The Camp of the Saints, however, even Calvinists also partake of the spiritual sickness of the Christian West (and I do mean sickness). “Edgar Wentzwiller, Calvinist leader and eminent humanitarian…has stated that he will abstain from all nourishment until such time as Western Europe has taken in all of the Ganges refugees, to provide them with food, with care, and salvation.”

Although the Europeans in this story don’t really want to let these people in, they can’t bring themselves to kill them which is the only way they could have stopped them. Even when soldiers are armed and ready to shoot, “As we passed alongside the first boat, suddenly you couldn’t hear a sound. Then one man piped up, as if to be funny: ‘Boy, take a look at that! They sure don’t give a damn what they do over there!’ A few moments later, the same one again, but this time his voice was very different: ‘Poor devils!’ And for the next hour, that’s all you seem to hear on board. Things like, ‘I can’t believe it!’ or ‘My God, those poor bastards!'” They are defeated by their own empathy.

Even when not actively experiencing empathy, the Europeans can’t bring themselves to admit that they would kill “helpless” people to save themselves. They can’t deal with what others might think of them and they can’t deal with admitting they are not the kind of idealized people they want to believe themselves to be. A slogan, “We are all from the Ganges now,” becomes popularized. Rather than deal with the choice of us or them, they embrace self-annihilation.

Meanwhile, the more disadvantaged members of their own society see Society’s weakness as a signal to savage the carcass of the ruling class. Either that or, perhaps they just wanted to be on the winning side. They proclaim the cause of “WORKERS, SOLDIERS, GANGES REFUGEES UNITED AGAINST OPPRESSION.” Nobody voices a plan of how the newly liberated society will support itself. They just want to feed on the carrion of the once-great civilization.  Perhaps Raspail wrote this book as a cautionary tale of what would happen if liberal ideas are accepted. The text repeatedly refers to “the beast.” Katharine Betts defined what Raspail probably meant by that. “This beast is made up of two parts, one of guilt and one of anti-racism.”

While this book has justly been called “racist,” I think the real villain of the tale is Christian values. “Universal love” is a phrase often repeated in the novel by the hypocrites who try to talk themselves into the suicidal course they are on. Of course, the same can be said for values of Hinduism and probably some other religions, including Hippy-style mysticism. “Ego” is the devil which must be defeated. Hard to do since even the humblest amongst us wants to live. To kill the ego is to kill the self. I have taken my ACID like a good hippy and experienced ego death. It’s like everything is one and every creature has as much right to live as I do. That faded quickly when the drug wore off and I had given my last dime away and craved a lousy cup of coffee which I couldn’t afford.

But let’s face it. We have all grown up in a culture that worships self-abnegation. In the Middle Ages, they tried to live up to those ideals in earnest. Fanatical monks and nuns would gleefully drink water in which they had washed the feet of lepers. Some even drank pus and ate scabs from these people. They would have well understood the characters in The Camp of the Saints.

Since Christianity is the religion of western civilization, it is hard to avoid the conclusion

that the weakness which forces France and the rest of western civilization to abnegate their right to exist to a hostile, inferior culture (or cultures) is an inner weakness, already present centuries before the problem presented itself. Christ, both the son of god and god, himself, allowed himself to be crucified by the sinful world as a way of redeeming it. The is the model of how believers are supposed to live. The life force consists of two opposing forces, eros and thanatos. It is strange that a whole civilization was built based on the latter force. But it is probably the yen to transcend mortal life that propelled this strange choice. Nevertheless, eros is an essential quality of all living beings. The will to live and reproduce had to be present in order for Christian society to exist and thrive. But the conflict led to a society that held all sexuality morally suspect, to say the least.

Christianity has always had it’s critics from Nietzsche to Anton Levey to Ayn Rand. Her novel, Atlas Shrugged is principally a repudiation of Christian morality.

“If you still want me to explain it, Mother,” he said very quietly, “if you’re still hoping I won’t be cruel enough to name what you’re pretending not to know, then here’s what’s wrong with your idea of forgiveness: You regret you hurt me and, as your atonement for it, you ask that I offer myself to total immolation.”

The helplessness and suffering of the invaders from the Ganges is stressed over and over again in The Camp of the Saints. But the invaders are not helpless. They are not weaponless. They had a formidable weapon over the people of France. Their own conscience. If they harm the invaders (whom they keep referring to as refuges), they will be violating their morality.

Some of the people eagerly embrace the prospect of immolation. They see the end of their world with rapture, just as the Medieval monks saw their imbibing of disease matter. That’s pure thanatos. Most just accept it unwillingly rather than deal with the guilt they would otherwise have to live with. And still other would gladly wipe out the entire population of those heading their way if only they didn’t have to face being judged by their contemporaries. One has to wonder, do they really love goodness or is it only the self-image of goodness?

In an Afterword, Jean Raspail proclaims himself a prophet who was unfairly reviled as a racist when his book was published but who has be justified by history. France is now undergoing the multiracial destruction he tried to warn people against “when the slow, cancerous progress of compassion, which is only a misleading and lethal form of charity, duly said siege to the Western conscience — when it finally became apparent that in the future the denial of essential and basic human differences would work solely to the detriment of our own integrity.”

But is that true? Hardly. Non-whites have been accepted into European nations on conditions that suited the nations. They were not besieged by a mass of people just coming in uninvited it. They have integrated themselves into their host country and made themselves useful.

I grew up in New York, already a melting pot. I don’t think I have ever been in an all-white environment. I went to school with blacks and Puerto Ricans, worked with them and shared living areas with them. The kind of chaos and degeneracy depicted in Raspail’s book never occurred. Sure, there were riots in Harlem. But life went on not greatly altered. People were surprised when during the great blackout there weren’t epidemics of looting. If I know anything from growing up in an inter-racial world is that, Raspail, notwithstanding, people are people, after all.

Sure our society is rife with conflict. There is conflict between haves and have-nots, between thanatos and eros, between self-sacrifice and assertiveness. I expect these conflicts will continue for many years.

One thought on “Paralyzed by Empathy”