a review of Martha Stout’s review of

The Wisdom of Psychopaths

I found out about the review by reading an answer to Quora by Athena Walker, a psychopath herself who has probably provided more information about psychopathy on Quora than anyone else.  In answer to her opinion of Stout’s book, The Sociopath Next Door, she wrote:

I thought she was dreadfully biased. She had nothing but negative things to say even when she was supposedly trying to be positive. It just came across as bitter. Her writing reminded me of Hare’s.

The most telling bit about her, however, is the review that she gave to Kevin Dutton’s, The Wisdom of Psychopaths. She didn’t review the work; she attacked the writer. That tells me two things.

One. She is not confident in her own work.

Two. She cannot separate between a person and an idea.

This is the crux of her biased analysis of psychopaths and sociopaths (that she conflates and wrongly calls us the same thing).

Her writing is terrible, but her lack of integrity and conviction in her stance is worse.

I’ve never been a fan of Martha Stout, primarily for her biased attitude, as Ms. Walker said.  But I was curious of what her review of Dutton’s book looked like. The review was entitled: In Praise of Empty Souls—Can We Learn From Psychopaths? Three guesses what her answer was. Anything positive one could say about psychopaths is not only wrong, it is practically blasphemy. The review starts with an anecdote about an anthropologist who gave a lecture with tainted information. One of his indentured graduate assistants spilled the beans, “fairly gleeful in her disdain.” This phrase aptly describes Stout’s own attitude in her assessment of both psychopaths and of Dr. Dutton. 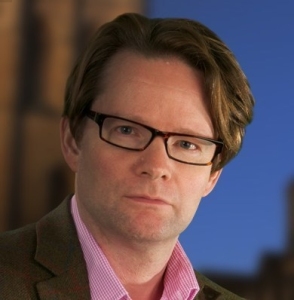 Stout starts by complaining that “nowhere in this book about psychopathy does Dutton accurately define psychopathy.” But this isn’t an elementary book on the subject. Knowledge of the definition of psychopathy is assumed. But Stout insists on rectifying Dutton’s omission by providing us with her own definition of psychopathy. “Psychopathy is a disorder of the brain and behavior, the central characteristic of which is the complete absence of conscience.” I’ll accept that. Our lack of conscience is the thing that really seems to bother people about us. In my blog post, Free to Choose, I explore the implications of living conscience-free. I pointed out at that time that being free to do whatever one wants to do does not necessitate one’s wanting to do the worst things possible. Of course, we can. And that’s what seems to bother people. At least, we are not hampered by guilty feelings. We are hampered by many other factors such as the long arm of the law and social repercussions. The restrictions are outside of us instead of built in as they are in that vast army of folk Martha Stout considers acceptable human beings.

Next, she accuses Dutton of making “allusions to intriguing psychological and neuropsychological studies.” But she pronounces the relevance of these studies “equivocal at best” and even “at worst downright misleading.” She doesn’t provide us with any examples of any of the studies and explanations of how they are irrelevant or misleading. I guess we’re expected to take her at her word.

She goes on to quibble about Dutton’s use of words which make us look too good. For 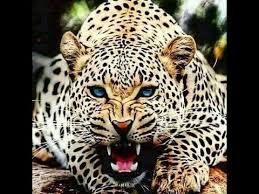 example, what Dutton calls “mental toughness,” Stout calls “not giving a damn.” She accuses him of having a “misunderstanding of the nature of the predator.” But many animals are predators by nature but are still able to show caring and solidarity to those of their choosing. Furthermore, even humans are natural predators. Are we not? From the get-go, we have been hunters, stalking our prey and eating what we caught. Now that we have built an advanced and complex civilization, most of us don’t have to hunt. In fact, cunning humans have discovered the advantages of raising animals intended to be eaten. Hunting is primarily a hobby now since the predatory nature of our species makes the activity fun (at least for some of us). 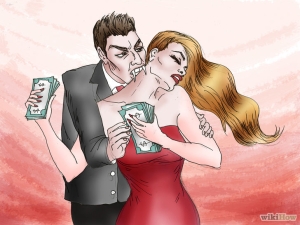 members of our own species. That usually doesn’t mean killing and/or raping them. Many kinds of behavior are labeled “predatory” when performed by a psychopath. One of these types of behavior is what is usually called “courtship.” When a psychopath seeks intimacy, this normal and even essential pattern of behavior is called “seduction.” The web is full of sites and blogs written primarily by women who have been “seduced” and abandoned. Psychopaths “love bomb” their prey, make them fall in love and then “devalue” them, breaking their hearts. One of these sites is called Love Fraud. The owner of this site, Donna Anderson, has written her own review of The Wisdom of Psychopaths. Not mincing words, Ms. Anderson calls the book “a disservice to society.” She, like Stout, takes exception to Dutton’s daring to find anything good about us or our condition. She accuses him of “cherry-picking” information, “emphasizing the ‘positives’ and ignoring the negatives.” But don’t Ms. Anderson and Dr. Stout do the same thing only in reverse?

Dr. Stout has a wealth of verbal imagery to pound home her abhorrence of psychopaths. Some of them are “the emotional black hole of consciencelessness,” “psychopaths, cold and conscienceless,” “psychopathy is a profound and tragic disorder.” Dr. Dutton, on the other hand, compares the mind of a psychopath to the mind of a Buddhist practitioner. The Buddhist strives to live in present-time. The psychopath is already there. Stout dismisses this fascinating discussion by denying the book “validly associates psychopaths with stoic saints and contemplative Buddhist monks.” She concludes by saying, “As a professional who has spent decades studying the bleak disorder of consciencelessness, I can say with 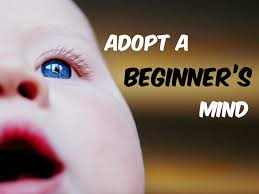 a fair degree of certainty that there is no wisdom in psychopathy.” Her reference to her professionalism is stunning when one compares it to Shunryu Suzuki, who celebrated his naivety. “In the beginner’s mind there are many possibilities. In the expert’s mind there are few.” I can think of so many examples of how lack of expertise is liberating. In OTO, the first initiation to the Minerval Degree has the non-specificity of the higher grades but in a way it is the most powerful as it encompasses all of them. Or think of Harry Potter when Harry took his felix felicis potion. The first thing he noticed was the endlessness of possibility, “slowly but surely, an exhilarating sense of infinite opportunity stole through him; he felt as though he could have done anything, anything at all . . .”

Finally, although Stout is a “professional,” so is Dr. Dutton and Robert Hare who has recently questioned the idea that psychopathy is even a disorder. He has said, “Psychopaths may not suffer from a neurological disorder but instead the condition may be an evolutionary survival mechanism.” Again, he told Discover Magazine, “It’s just as reasonable, and more so in my mind, to interpret psychopathy as a developmental evolutionary thing.”

Such ideas seem to terrify people like Martha Stout. She is so fixated on conscience that her whole universe threatens to crumble at the possibility that we can very well do without conscience and still grow and thrive spiritually.

2 thoughts on “In Praise of Empty Minds”