I’ve been a person unknown all my life.

I had just been thinking about writing a post about why I “came out.” Going through my Table of Contents, I find that I already wrote one. But the entire post only has this video by the Poison Girls, Persons Unknown. Eloquent. But, HELL! I have more to say about this than that. So I am updating this blog post.

In the first place, what closet have I come out of? Psychopathy, of course. And I have written a lot about it. However, I haven’t yet said why I chose to come out as a psychopath when I did. I think it’s worth explaining. 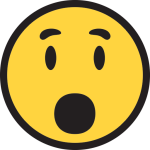 I have considered myself a psychopath ever since my best friend told me she thought I was one when we were both teenagers. She wasn’t saying it to insult me and I didn’t take it as an insult. She told me she had described me to some psychologist who thought I fit the profile. I didn’t really know that much about psychopathy but, the minute she told me that I was one, I had this sense one gets when one hits a home run on the softball field. It just fit. I knew I had no conscience, whatever that even is. I didn’t really care about people in general. I didn’t think the things most people cared so much about made any sense. As I read about psychopathy and learned more, I saw that the shoe fit. I still didn’t consider making that a matter of common knowledge. I was already wearing a “mask.” I knew better than to share a lot of my attitudes with the world. 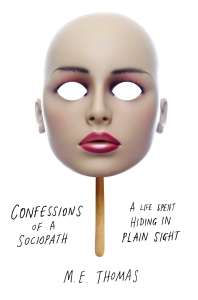 A few years ago, I saw an article in Cosmopolitan Magazine, by M.E. Thomas, Confessions of a Sociopath. I read the article and then got the book of the same title. I started following her blog and joined the forum connected to the blog. (It has since separated from it.) I had never met people who identified themselves as sociopaths or psychopaths. I got to know them and saw that they were doing what M.E. did, explaining psychopathy from the point of view of the psychopath. I found that very refreshing because most of what is written about us is from the perspective of an outsider. They may be “experts,” but they don’t really know what it’s like. Many of these ‘paths used a pseudonym to protect their every day identity. That certainly made sense to me. I had a job and kept various aspects of my life a secret. I wrote about my masochism under the pseudonym of Terry Kolb. I also wrote about drug “abuse” as NAMe (pronounced enemy).

Everything changed when I retired. I no longer had to give a Frenchman’s fuck what any employer thought of me and my lifestyle. I am “out” now as a pervert and a druggie and now as a psychopath. I had already been writing about psychopathy but using the third person pronoun: “they.” I decided that, since I no longer needed to hide, I could change to the first person pronoun: “me” and “I.” I discussed this with other ‘paths and they also had gone through this kind of transformation. It feels good being openly myself.

The video on top of this page still applies. “Flesh and blood is what we are. Flesh and blood is who we are. Our cover is blown.” The courage and power to be myself is a very real power. Having to hide gives our enemies power. That’s why there is Gay Pride and the rest of it.