Not having a conscience affords me freedom not enjoyed by most people. I can do literally anything without experiencing guilt. I can know something is morally wrong but I can still choose to do it and I won’t hate myself for having made that choice. Of course, 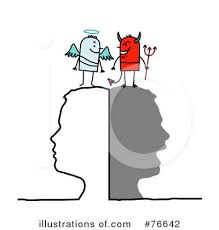 psychopaths, being human, are capable of judging others’ people’s behavior. I can judge my own behavior, too, knowing something I did was objectively wrong. But my judgement is just a detached intellectual acknowledgement, not even a mild self-flagellation. Of course, I can regret a stupid decision if it caused painful consequences. But that isn’t guilt. I also have a certain code of behavior. If I violate it, am I letting myself down? Perhaps.

I believe that it is wrong to judge the behavior of others. After all, I can do anything I want. Why judge others when they make choices? That doesn’t mean I’m always consistent in living up to the ideal of being non-judgemental. I do judge other people sometimes, especially when their behavior has an impact on me. For example, I judge conservatives for supporting political policies that would cause me material harm. At the same time, I admit to myself that, were I in different economic circumstances, my politics could easily be different and I could be one of those people I currently judge.

I have always identified with the underdog. I, therefore, adhere to the outlaw’s code that snitching to the authorities is wrong. Of course, I would seek remedy from the authorities if I were being harmed and were unable to remedy the situation myself. But I tend to judge people who snitch on someone who is violating the law in some way that doesn’t harm the snitch directly. I do realize that judging a snitch is inconsistent with my philosophy so I try to be tolerant.

But how far does tolerance go? Does it extend to the point of being tolerant of intolerance? If someone snitches because he judges somebody else’s behavior, he is clearly doing wrong in my opinion but what business is that of mine? Unless, of course, it affects my own interests.

I think there is a difference between judging the morality of behavior and the worth of belief systems. I do judge ideas that are irrational and I judge them harshly. Religion is high on my list of irrational belief systems. Since most religion judges people’s behavior, I have an extra reason to judge it. Not only is it irrational, it is judgemental. Christianity

features high in that area. Most Christians believe God will punish anyone who doesn’t obey the Christian code of conduct. Some are not content to let God do the punishing. They support laws that force Christian rules on everyone. While openly despising the Muslims’ Sharia Law, they are actually advocating their own version of Sharia. Hypocrisy is a form of irrationality that I find particularly odious. 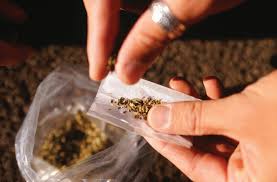 In the secular world, many want to enforce their form of morality on people who are not even harming others, hence the concept of victimless crimes. The use of mind-altering drugs is one of the most monitored forms of behavior that affects only the individual engaging in it. Society has made a distinction between drugs prescribed by a doctor for the treatment of illness, referred to as medication, and drugs taken by an individual for the sake of feeling good or otherwise altering consciousness, referred to as drugs. Both are controlled by the state. I despise all belief systems that support this kind of interference with individual liberty. Obviously, the state has the right and the duty to protect us from each other. Rape, robbery, murder, etc, are crimes that need to be prevented in order to protect our very liberty. But laws forbidding victimless crimes are themselves crimes. 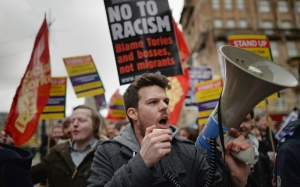 Another belief system I judge is racism. The idea that everyone with a certain ancestry or ethnicity has particular qualities is irrational. The idea that these ethnic qualities are on a spectrum of superiority/inferiority is not only irrational but also judgmental. It is used as a way to divide people to make it easier for the ruling class to have power over us. Those who criticize the artificial high of drugs should look at the artificial high of the illusion of racial superiority.

How not to judge?

As we see, being non-judgemental can be complicated and rife with contradictions. There are certain things of which I can be fairly certain.

5 thoughts on “Tolerance of Intolerance”