Am I Really One?

They say psychopaths are unable to love. A court-appointed psychiatrist said freshly convicted killer, Diane Downs, a psychopath, was unable to love. Then how could she have been so madly in love with her boyfriend that she shot her three children in a misguided attempt to hold on to him? The thing is that we have words for emotions and assume we are talking about the same thing when we use a word. But how do we know? The truth of the matter is that many psychopaths feel what we call “love.” How much like the “love” which NTs experience,who can say? 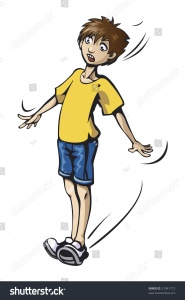 I have been certain of my psychopathy ever since my best friend gave me the news when I was a teenager. She wasn’t trying to insult me. She had talked about me to some professional, not our shrink, describing my “symptoms.” Why should the opinion of another teenager with no professional expertise matter? I confess to a flash of intuition, something, in itself, very non-psychopathic of me. It just “fit.” I have been certain about this ever since. Many years later, I voluntarily got a personality assessment by professionals and got the kind of validation these people can give. I was “diagnosed” as having ASPD, the DSM version of psychopathy. No, they wouldn’t use the PCL-R, as I had requested. 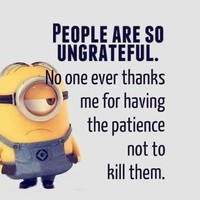 Recently, some of the answers on Quora from psychopaths are making me wonder if I’ve been wrong all these years. Athena Walker has informed us that she never feels euphoric. Psychopaths can’t, she said. I asked another psychopath, a friend in whom I have a lot of confidence. He agreed with Athena. It’s been obvious that I’m more emotional than he is. In fact, he once suggested I might be a borderline. Athena has also denied ever falling in love or even bonding.

What are the defining criteria for psychopathy? The PCL-R lists twenty:

The inability to experience euphoria or romantic love are not on the list. Aren’t there psychopaths who fall in love? Well, M.E. Thomas, author of Confessions of a Sociopath, and owner of the blog, Sociopath World, says, “Yes. Sociopaths can love with a selfish intensity that puts other love to shame.” It should be noted that, to M.E., the words “psychopathy” and “sociopathy” are interchangeable. The owner of Psychopathy Awareness concurs.

Another example can be found in the annuls of crime. Meet Diane Downs who shot her three children because she saw them as an obstacle to her affair with a man she was in love with. In the course of her trial, she was examined and diagnosed by Dr. George Suckow who found the presence of three Cluster B personality disorders: narcissistic, histrionic and antisocial. Can a psychopath also be histrionic? But isn’t psychopathy about emotional blunting? Histrionics are emotionally labile. They are all over the place. But the very versatility of the emotions is also a clue to their shallowness.

Another psychiatrist, Dr. Barbara Ziv, concurs. The only professional opinion that

disagreed was Dr. Polly Jamison, who originally called Diane Downs a “deviant sociopath” and then took it back. There is, on the subject of psychopathy, a plethora of opinions, some conflicting with one and other. The only stable standard which has a pretty good consensus is the Diagnostic and Statistic Manual and the Hare PCL-R, called the “gold standard” for psychopathy. But even these are somewhat at variance with one and other. On my psychopathy page, I listed links to the experts and many more to what psychopaths had to say about themselves. I believe there will be different opinions at large for quite some time. That might not be a bad thing as scientific consensus is sort of an oxymoron, since scientists need to be independent thinkers.

I’ll conclude with a comment by Jone Whistler on my own reply to the Quora question about psychopaths and emotions. In part, he replies, “I think the majority of psychopaths on this website are just REALLY hardcore psychopaths. Like, their prefrontal cortex would look black on a scan, but for the majority of people with a medium-high amount of psychopathic traits, they can and do experience things like fear and empathy, just very shallowly. I think for those people, their scans, although would show an abnormally low amount of activity in their prefrontal cortex, would still show some activity, therefore, enabling them to experience certain emotional states.”

5 thoughts on “Psychopathy and Love?”