In reading And I Don’t Want to Live This Life by Deborah Spungen, Nancy’s mother, I have to wonder if people with histrionic personality disorder can be born that way people are born with psychopathy. There are details in Nancy’s childhood that can suggest narcissism or even psychopathy. She certainly controlled her family and was a holy terror to them for years. There is overlap between all the Cluster B “disorders” but I think a histrionic diagnosis fits her the best.

When she was born, February 1, 1958, she had a with a blood condition called ABO incompatibility, similar to RH-negative.

She needed a series of transfusions to save her life. After the transfusions, it was evident that she was an extremely volatile person, scrappy and feisty.

I looked for her through the nursery window. My eyes scanned one infant after another sleeping peacefully in a row. She wasn’t one of them.

She was lying in a glass-enclosed isolette in the very back of the nursery, naked except for a patch over her navel, where the transfusion had been done. Her mouth was open and she was screaming hysterically. Her yellow body was thrashing about angrily. The fighter description was an apt one — she looked as if she were in the midst of a battle.

Another physical problem was that one of her eyes was crossing and she couldn’t keep her tongue in her mouth. The doctor said this could be related to neurological damage caused by the crisis she had endured and that she would outgrow both conditions.

Courtney Love was born July 9, 1964, about five years later. She looked a lot like Nancy Spungeon and was drawn to her. She wanted to play her in the movie Sid and Nancy. She didn’t get the role but she played a small part in the movie. There is a strange symmetry between the lives of these two women. Both were deeply involved with music, Courtney fronting her own band, Hole. Both had men who were, themselves, musicians, into punk and grunge, respectively. Both of these relationships ended with murder. Nancy was murdered by her lover, Sid Vicious. Courtney has been accused of murdering her husband, Kurt Cobain. Everyone would have to agree that both were drama queens. Courtney grew up on a 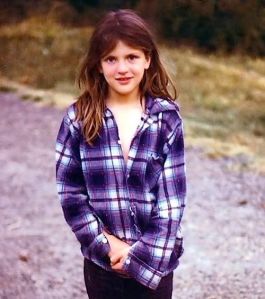 commune, spent time in prison and has worked as a stripper (which Nancy did as well). Both were into hard drugs, heroin as were their men.

Courtney, like Nancy, had a troubled childhood. She was in therapy at the age of six and started cutting herself at the age of twelve. Her mom, Linda Carroll says in her book, Her Mother’s Daughter, her life was characterized by “violent mood swings, troubles with attachment, terrible dreams, and a sense of persecution had plagued her all her life.” She used drugs, recreationally, from an early age.

As far as histrionic personality disorder went, Nancy didn’t fall far from the tree. Her mother, Deborah, displayed massive doses of self-pity and self-justification in her book. It’s true she was inexperienced as a mother and too prone to accept advice of doctors. A pediatrician told her not to run to the baby with comfort and/or food when she cried because that would “spoil” her. That idea could have come from Babywise, the organization whose manual has been characterized as “tough-love for infants.” Babies don’t cry to control or manipulate their parents. Meeting their needs doesn’t spoil them. Deliberately failing to respond to a crying baby is downright rude. It’s just like not answering another adult who has spoken to one. Even Scientology tells people they should “acknowledge” others when spoken to.

In their efforts not to “spoil” Nancy, the Spungeons created an aura in which Nancy’s presence dominated more thoroughly than any willful demanding child could never do. They were so afraid of making a sound when Nancy was sleeping, they wouldn’t turn a light switch on or off after they put her to bed. “My friend Janet and her husband lived nearby. They came over to visit one night and sat with us in the darkened living room, afraid to utter a single word or use the bathroom. We tiptoed around in stocking feet. We served them iced tea without ice because we were afraid the noise from cracking ice would awaken her.” They finally resorted to phenobarbital rather than just comfort or feed her when she cried.

Nancy dominated her family throughout her life. The parents were so afraid of her, they give in to all her demands. They had two more children but those kids had to take second place to Nancy’s demands.

After dinner Nancy wanted to watch a particular show on TV in the den and sit in the easy chair. Suzy was already sitting in the chair, watching something else. Nancy changed the station.
“Hey!” Suzy protested.
“I don’t wanna watch that, ” Nancy snapped. “Get up!”
“What for?”
“I wanna sit there!”
“No!”
“Why don’t yo sit somewhere else, Nancy” I offered.
She ignored me. “Get the fuck up, you little shithead!”
“No!”
“Get out of that fucking chair you fucking goddamned shithead!”
Frank spoke up. “Don’t talk to your sister that way, Nancy.”
“Or what, asshole?”
“Or…or…”
Nancy crossed her arms, glared at him. “Go ahead, hit me, why don’t ya?”
The color rose in Frank’s face.
“Frank, don’t start with her,” I cautioned.
“She can’t talk to her sister that way!”
“You’re rising to her bait! I asked you not to! Let it be!”
“You’re rising to her bait by letting her get away with her crap!”
“Stop yelling,” begged David. “I’m trying to watch TV.”
“Don’t you starting opening your big fat mouth!” ordered Frank.
“Don’t take it out on David!” I cried.
David stormed out, ran upstairs, and slammed his door.
“Suzy, let her sit there,” Frank commanded.
“No,” Suzy said. “I’m sick of doing things just because she wants to.”
“Please, Suzy,” I begged. “It’ll be easier if you do.”
“But is isn’t fair, Mommy!” she sniffled.
“Suzy, I order you to get out of that chair at once!” yelled Frank.
She got up, fighting back tears and angrily left the room. Her door slammed.
Nancy triumphantly sat down.
“You happy now?” Frank demanded of her.
“Shut the fuck up,” she said. “I’m trying to watch the show.”

What craven cowardice! What amazes me most about that scene is that Suzy and David would have even the most modicum respect for the parents who allowed Nancy to walk

all over them. That they would try to reclaim their non-existent dignity by playing stern parents to the already obedient children is ludicrous. As obnoxious as Nancy was in that scene, if her parents were such tools, her behavior was more appropriate than that of Suzy and David. At least Nancy had spunk.

Nancy’s parents finally put her in an institute called Darlington, a boarding school for disturbed teenagers. The first year was good but the school changed by the second year, the patient-staff ratio changed in the direction of less one-on-one care. Still, she remained in the system until she graduated. Darlington was able to do what the Spungens claimed to be impossible. They handled Nancy and got her through her teen years and school.

Courtney Love’s life was more successful than Nancy’s. She had her own rock band and

she murdered (probably) instead of being murdered. But she felt a strong connection, a pull towards the persona of Nancy Spungen. She tried to get the role of Nancy in the movie Sid and Nancy. Moreover:

Courtney wanted to be seen as another Nancy Spungen. She use to check into hotels with Kurt under the name Nancy and Kurt used the name Simon Richie (Sid’s name)  It means that when Kurt said, “She looked like Nancy Spungen and I probably could have fucked her that night,” comment from Kurt in About A Son was one of Kurt’s attempts to flatter her and cover her ass. 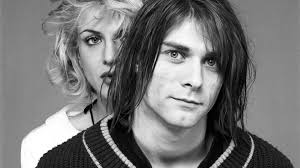 Courtney wanted to subvert the archetype. Kurt was a sucker for subversion so it makes sense that he didn’t notice that. Subversion is overthrowing something, like a government or law, or it can mean corrupting someone’s personal morals, like making a vegetarian eat bacon by tricking her. The Latin root subvertere means “to turn from below,” and when you turn something on its head in a sneaky way, that’s subversion.

I’m not trying to make Kurt out to be gullible, or weak but he seemed to cave to a lot if not all of what Courtney wanted through her manipulation.

An interview with Kurt by Everett True in 1992, Melody Mker, Kurt says:

Here is a snippet of Courtney’s audition for Sid and Nancy:

She didn’t get the role although she really looks more like Nancy than Cloe Webb. When she said, “I am Nancy,” the producer and director should have listened.

But here is the real thing, Nancy and Sid in what was probably their last interview.

Some people call Courtney a psychopath. Both she and Nancy were plenty narcissistic but I think Histrionic Personality Disorder was where they lived.

Another coincidence involves stomach trouble. Kurt Cobain was plagued with it his entire life. Nancy Spungen was stabbed to death in her stomach. Just one more irony. 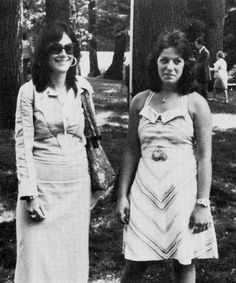 Deborah Spungen, the actual author of And I Don’t Want to Live This Life, certainly had a harrowing and dramatic tale to tell. But she told the tale with no acknowledgement of her own mistakes in raising Nancy, the way she let Nancy manipulate her into making Nancy the center of the family while blaming Nancy for everything. When she wasn’t blaming Nancy, she was blaming all the professionals who played a role in dealing with the problems incurred in the raising of her daughter. An example of her self-pity is evident in this quotation.

I had a nightmare that night, the nightmare I was to have so many times over the next three years. I dreamed we were back on Welsh Road. Nancy was five. She was running up to me in the living room, excitedly waving her hands in front of her face.

What she had were track marks all over her little girl’s hands and arms, the track marks I’d seen in the restaurant.

Then she began to cry.

I tried to reach out to her, but my arms wouldn’t move no matter how hard I strained.

I awoke from the nightmare with a start.

Seeing Nancy’s track marks haunted me in daylight, too. A few days later Franki and I went to his friend’s house, where a briss was being held for the baby that he and his wife had just had.

The proud mother held the lovely pink baby in her arms. When I saw it, I nearly screamed. I saw needle marks on that baby’s pudgy little hands. I saw my Nancy’s baby hands covered with track marks. I saw my sweet-smelling, innocent infant with a pink ribbon in her hair, the infant who had grown up to be a receptacle of unendurable pain. Maybe this baby would too. Some would. Too many. I couldn’t blot out that realization, that fear.

I had to leave the room. I thought I’d get hysterical if I stayed in there with that baby for another second. I tried to compose myself in the dining room.

She repeated this story throughout the book. Her propensity for drama is echoed by Nancy, herself.

We drove in silence for a while. Then out of nowhere, Nancy quietly said, “I’m going to die very soon. Before my twenty-first birthday. I won’t live to be twenty-one. I’m never gonna be old. I don’t wanna ever be ugly and old. I’m an old lady now anyhow. I’m eighty. There’s nothing left. I’ve already lived a whole lifetime. I’m going out. In a blaze of glory.“

5 thoughts on “Histrionics and Heroin: Nancy and Courtney”