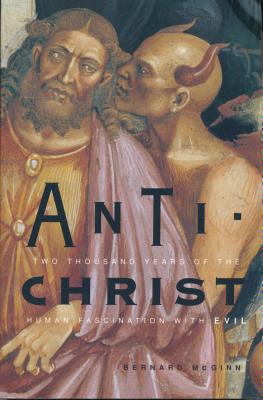 It’s generally agreed that good is whatever is desirable and evil whatever is undesirable. Nevertheless, there is a widespread fascination with evil. Just look at the movies. People give lip service to “goodness” but seem to find it boring. They profess horror of “evil” and yet can’t seem to get enough of it as long as they keep a safe distance. Most folks don’t want to do evil, still less do they want to be the victim of evil. But they love to watch it.

I think the reason is the prevalence of Christianity and other religions that see things in dualistic terms, good on one side, evil on the other. Islam seems to be in that category. Perhaps it is a characteristic of monotheism. Hinduism is polytheistic and Hindu deities are capable of a more complex array of “good” and “evil” within themselves. In this respect, Hindu deities are more like human beings. We are all complex combinations of traits we label “good” and “evil.” Only these monotheistic deities have to be all good. These religions and deities set up an ideal for people to strive at. But how realistic are these ideals? Really?

Nietzsche offered a double dichotomy of good-evil and good-bad. The latter describes a dichotomy of things that are evil beneficial or harmful to us. Good-bad can also describe the range of abilities. One can be a good baseball player or a bad one, meaning he can’t play for shit. Good-bad is not about morality. The moral division of good and evil is described in Psychology Today as:

‘Good’ means a lack of self-centredness. It means the ability to empathise with other people, to feel compassion for them, and to put their needs before your own. It means, if necessary, sacrificing your own well-being for the sake of others’. It means benevolence, altruism and selflessness, and self-sacrifice towards a greater cause – all qualities which stem from a sense of empathy. It means being able to see beyond the superficial difference of race, gender or nationality and relate to a common human essence beneath them.

It would seem that “goodness” means putting others ahead of oneself. I have a big problem with this as did Nietzsche. But self-sacrifice seems to be the central ideal of Christianity. Christ took on all the sins of the world. He suffered horribly to absolve sinners. In this way, God, by definition the ideal in goodness, was punished so that the unworthy could get a reward they don’t deserve. Western civilization is based on this odd philosophical concept. We are constantly reminded of it. For example, the novel, Harry Potter, which never mentions the word Christ or Christianity and which has been criticized as pagan by some Christians, describes it’s hero, Harry Potter, as “selfless.” As children, we have to exhorted to share our toys, to give away the tastiest morsel of food on our plate and, generally, treat others better than we treated ourselves. Can anyone say “perverted?”

There’s nothing wrong with kindness to others. But this goes a lot further than kindness to others. It constitutes cruelty to ourselves. Even Christ said “Love your neighbor as you would love yourself.” He never said to love your neighbor more than yourself. Christ did exactly that. He sacrificed himself for the sake of the unworthy. A friend of mine said “Christ should be the great example, not the great exception.” If Christ is the great example, humanity is being told to try to be something that is against his very nature.

Most people are willing to compromise. They know they can’t live up to the great example, so they take Christ as the great exception. They go through live not thinking that well of themselves since they can’t be what they most admire. But maybe that’s good. It gives us something or someone to look up to. It absolves us from the need to outdo ourselves. We can admire

If “the good” is outside our limits, what about “the bad/evil?” Most people are afraid to identify with it. They disapprove of it but they don’t dare be it. So it becomes forbidden fruit.

But what about other paradigms of “good” and “evil?”

Yet goodness hadn’t always been as dreary as this. For some ancient thinkers such as Aristotle, it was really a matter of knowing how to enjoy yourself. It meant learning how to flourish as a human being, developing your humanity to its fullest, finest extent.

The above writer thinks the reason for our fascination with evil is the deficient definition of good.

When did evil start to look so alluring? One answer might be: when goodness began to look boring. We can blame this on the puritanical middle classes. It is they who redefined virtue as thrift, prudence, meekness, abstinence, chastity and industriousness. It’s not hard to see why some people should prefer zombies and vampires. Goodness came to seem negative and restrictive.

Aristotle defined good as developing our humanity to the fullest. It equated moral good with Nietzsche’s good. Being good at life is not goodness as a compromise with an impossible and unnatural ideal. 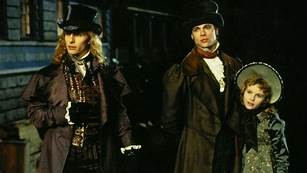 A big part of the allure of evil is power, the ability to overcome the normal limits of mortality, itself. Anne Rice’s novel, Interview With the Vampire, aroused many people’s fantasies of the wonders of being immortal, powerful and amoral. Junkies actually equated the need for a daily fix with the need of vampires to drink blood. Vampires were predators (as are many junkies). And this brings us to the old Hollywood stand-bye of psychopathy. Psychopaths are considered evil. We are also often charismatic. Hollywood loves us and has given us an aura glamorous power. Most folks who find us fascinating would rather die than admit to being one. But they so enjoy deploring us.

It’s funny how all vampire fiction has to have a “good” vampire in it. That vampire was Louis in Interview. In Twilight, it was the entire Cullen family. Even Buffy had a goody-two-shoes vampire, Angel. 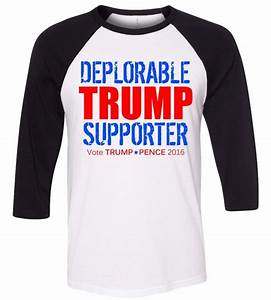 I think in this age of moderation, people are dying for something extreme, something to take them out of the safe and boring cage they live in. That’s probably one of the reasons some of them supported Trump. He is anything but moderate and safe. Hillary Clinton called his followers “deplorable.” But those followers, rather than feel shamed by the term, got t-shirts with the word deplorable on it. We are proud of Western Civilization but most members of that proud civilization are leading lives of “quiet desperation.” And they are dying to escape it.

5 thoughts on “Fascination With Evil”