One of my earliest memories was lying in bed suddenly realizing the extraordinary fact of my own existence. Of course, I already knew I existed but I hadn’t, until then, grasped the awesome implications. Ayn Rand said, about her impending death, “I will not die. The world will end.” So birth must mean the creation of the universe. The world begins and end with every person (and animal, too, I guess). This death we are talking about is a ceasing of consciousness. When we are in a deep sleep or lose consciousness, we experience this (if 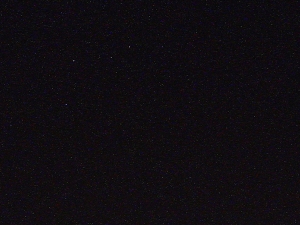 “experience” is the right word). What “exists” without consciousness? There isn’t even any time. You can be “out” for a minute, an hour or a month. It will not register as any time at all. When I went under general anesthetic for surgery, I remember counting backwards and suddenly I had a bandage on my abdomen and was told it was “over.” It felt like a miracle. I knew I had to go through an ordeal. I had to have my appendix removed. But the ordeal happened without me being present. Or, as Ayn Rand would have it, none of it “existed.” The surgery, the doctors, even the entire universe, ceased to exist, at least to me. Another time, I hanged myself. My rope broke after I had already lost consciousness. I became aware of cartoons and then the fact that I was lying on the hard concrete and I remembered what led up to it. The striking thing was that, although the idea of death, meaning non-existence is usually fraught with  significance, my first awareness after returning from this “little death” was complete indifference. How could I be indifferent to this extraordinary gift of consciousness.

Of course, not everyone believes that death means the end of consciousness, or “the soul” as some call it. They believe that life continues after death but in another form. There is evidence to support that belief. I’m talking about near death experiences. These experiences generally follow a pattern. The person experienced going through a tunnel and coming out at the other end to light. He sometimes meets others, a mentor or loved ones who had died before. There is a bridge and, if he crosses the bridge, he will never be able to come back. He decides it’s not time for him to die and he goes back into the body where he is told he was clinically dead for a while. Others explain away these experiences by hypothesizing that stimulation to the brain causes “hallucinations.” It strikes me that these “skeptics” are driven by a desperation to prove these things don’t happen.

Whether life continues after death or not, the idea of just stopping forever is pretty daunting to most people. Strange, feeling that way, the same people can embrace the “little death” of sleep or the disruption of normal consciousness afforded by many drug highs. 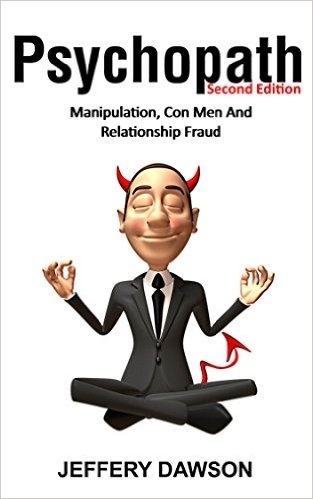 As a psychopath, I wonder if death would be different for me than for other people. On a page that is simply entitled Psychopaths do go to Heaven, Someone called The Oracle wrote, “If we believe some NDEs, some describe having seen their all life pass before their eyes. This moment could probably define the final state of mind. It would also mean, that psychopaths (including our elites) will feel no remorse as they don’t differentiate between Good and Evil. They will die peacefully in their sick mind.” Despite the judgemental tone, I feel pretty OK about this opinion. Yes, I am beyond good and evil. My “sick” mind is at peace with itself.

Another writer, itscocobaby, opinioned, “I have often wondered about this myself..but I have come to the conclusion that they will end up alone in the afterlife..if their is one..the psychopath’s world it’s ME ME ME it’s all about me..they never shared anything in life why would they share anything in the afterlife? On C2C right now is a program about psychopaths and it’s pretty

interesting..” The closest I’ve ever come to a NDE was an acid trip in which I realized the oneness of everything. This isn’t so much a belief. It’s a certainty, one I don’t expect anyone to share just on my say-so. But it’s what I know. If we are all One, then I will be alone, we all will. The One has no other to relate to. But it is complete. Just a little mysticism but it satisfies me. Yes, itscocobaby, it is all about “me me me.”

The overmench replied to The Oracle, “I hope the elites are given a conscience in the afterlife.That would be hell for them.”

So conscience is a punishment? He’s probably right. Maybe empaths and NTs are being punished by god and that’s why they are that way. And psychopaths are rewarded by being conscience-free.

I believe I have come closer to the cosmic than many and death will only bring me the rest of the way and the transition will be natural and easy.

“His speech is a burning fire;
With his lips he travaileth;
In his heart is a blind desire,
In his eyes foreknowledge of death;
He weaves, and is clothed with derision;
Sows, and he shall not reap;
His life is a watch or a vision
Between a sleep and a sleep.”
— from “Atalanta in Calydon” Swinburne

5 thoughts on “between a sleep and a sleep”