Robert Hare, designer of the PCL-R, the Psychopathy Check List (revised), defined psychopathy by a list of 10 traits that are somehow known to hang together and make a certain personality type. But his signature book on the subject defined it as a single trait in the book’s title, Without Conscience. Each of the traits in the checklist is, apparently, the result of this single trait, the absence of conscience. This brings up an interesting problem since “conscience” is rather vague in its meaning. 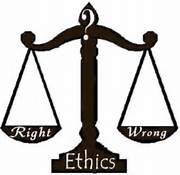 At New York University, where I got my Bachelors degree, there was a required course in just about every subject. In Philosophy, the required course was Ethics. This might lead one to believe Ethics is one of the more lightweight areas of Philosophy, perhaps the easiest. The other fields of Philosophy are Metaphysics, Epistemology, Logic and Aesthetics. Ethics seems sort of soft, fluffy, seemingly accessible. But I think that’s misleading. When one really gets into it, Ethics probes some fundamental questions such as

Nietzsche suggested a distinction between evil and bad. The corollary is to split “good” into two categories. Good can mean virtuous or of a high quality. One can be good at sports. But a kind person is good in the moral sense. Likewise, bad, as opposed to evil, must mean poor quality. One is bad at sports. But cheating at sports is evil (or morally bad). Nietzsche preferred the values of quality and rejected those of morality. He blamed Christianity for the latter. Christianity, in its essence, is about agape, a selfless love for others. Christ, after all, as the ultimate Shaman, took on the suffering of humanity, dying on the cross. The key emotion involved in agape love is empathy. Morality, in the Christian as well as many other cultures is all about how we treat each other. 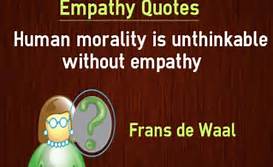 It should, therefore, be no surprise that psychopaths lack of conscience is attributed to our lack of empathy. Lately, empathy has been elevated to a high status. It is the Good (moral good, that is). This glorification of empathy is especially prominent on web sites devoted to attacking psychopaths (and narcissists) and comforting “our victims” (who are encouraged

on these sites to speak their bitterness). In the world view of many, Empaths are good people and Psychopaths are bad people (or evil). Of course, the empathy we are talking about is emotional empathy. There is also such a thing as cold empathy where one understands what someone is going through but doesn’t feel it. Psychopaths are capable of cold empathy but we get no credit for that. In fact, our cold empathy just makes us more capable of manipulating people for our own benefit. 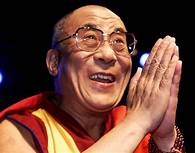 Among those who consider empathy to be a great moral good is the Dali Lama who says, “Empathy is the most precious human quality.” But not everyone agrees. Paul Bloom, a Yale professor, has written a book arguing against it. In fact his book’s title is Against Empathy. He says that a rational approach to making the world a better place is more balanced than the emotionally

driven empathy. We empathize with people we already feel an affinity for. Paul Bloom made the point most cogently, when he said, “Trump’s rhetoric about immigrants and Muslims was often framed, particularly early in his campaign, in terms of the suffering of people. He would actually tell these stories. In his rallies, he would tell stories of victims of rape and victims of shooting. He would tell stories of people who lost their jobs. And he was appealing to the empathy of supporters, whose concerns extended mostly to their own tribe.”

Empathy can be very self-indulgent. People luxuriate in the sentimental concern about a puppy stuck in a well while they ignore greater evils such as war or global warming. A character in the TV series, Beverly Hills 90210, refused to join her friends in fighting laboratory experiments on animals because she was pregnant and was in favor of any scientific discovery that might benefit her future child. Her emotions were focused on the baby, in fact, her love for the baby was holy while nothing else existed.  Psychopaths are often damned for being selfish. Isn’t this just as selfish? But, because it’s declared to be in the name of someone else, it’s enlightened?

How empathetic is the Jesus of the Bible? Well, he took on all the sins of the world but only forgave the sins of those who believe in him and made him the lord of their lives. God’s empathy is conditional.

What about ordinary folk? There is so much suffering, I don’t think anyone can empathize with all of it. If they could, it would make them the ultimate sad sacks of the world. Remember Alvie Singer in the Woody Allen movie, Annie Hall? He said if anyone is suffering anywhere, it spoils his day. If that were literally true, he would never have a good day. He wouldn’t be much fun to hang out with. He did, in fact, spend a lot of time focusing on the grim side of life. He dragged Annie to see The Sorrow and the Pity, one of the dreariest movies I’ve ever seen. Annie said the movie made her feel guilty. Alvie replied, “It’s supposed to.” He deliberately goes to movies that are supposed to make him feel guilty?  Is that a good thing? Do some people really want to feel guilty? Why, for goodness sake? 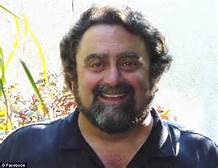 Not everyone who isn’t a psychopath is an empath. In fact, a true empath is probably rare. The vast majority are called NTs (neural typical). They feel more empathy than psychopaths but aren’t as bothered by it as an actual empath. Did I say “bothered?” Empaths usually consider their condition to be a wonderful gift. But, then, psychopaths feel that way about our psychopathy. We don’t let all the suffering in the world drag us down. For that reason, we are often happy, upbeat people who are fun to be around. 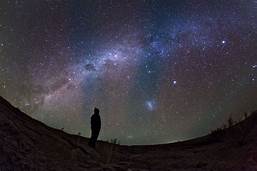 Now here’s a philosophical question. Is it better to focus on suffering or on happiness? It is somewhat of a choice whether to be happy or sad. I’m not saying it’s always a choice. We can’t always help it. Ayn Rand says the universe is benevolent and happiness is realer than suffering. People who think that way usually

have less compassion. The think of suffering as a mistake which needs to be brushed aside. Those who focus on the suffering of the world are usually more compassionate (not always). They also tend to be harsher in their moral judgements. A friend I knew in college once quipped that fascists tend to be perverts and liberals tend to be prudes.

For the people around us, a happy psychopath or a sad empath could be a welcome companion depending on one’s need at the moment. When I’m bummed out, an empath who feels my pain can be like a soothing balm. But I’m not often hurting so badly that I need that kind of solace. I usually prefer fun people. Those who complain about psychopaths are usually looking for something that we aren’t going to give them. Don’t expect a psychopath to be like an NT or an empath. We can “wear the mask” for only so long but we’re not going to act like something we’re not for long term. I, personally, love psychopaths. It’s refreshing to be around people who are not encumbered with all the baggage NTs drag around. Accept them for who and what they are and enjoy them.

Is conscience only about empathy? Wikipedia defines it

Conscience is an aptitude, faculty, intuition or judgment that assists in distinguishing right from wrong. Moral judgment may derive from values or norms. In psychological terms conscience is often described as leading to feelings of remorse when a human commits actions that go against his/her moral values and to feelings of rectitude or integrity when actions conform to such norms.

It’s possible to rationally build a set of values, a sense of what is right or wrong. But I have done things that I know objectively to be “wrong.” So why don’t I feel guilty or “remorseful” about those things? Perhaps it’s because I consider myself greater than any set of values. I created my values. Therefore, I can violate them. In so doing, am I violating myself? Good question. That depends on how much that value really means to me. My will is my god. Knowledge of right and wrong is not the same thing as a conscience. 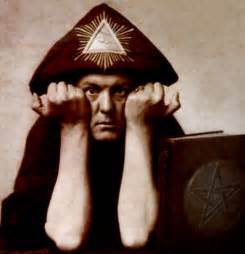 Some people believe that an atheist cannot be a good person. In order to be good, one must believe in God. Dostoevsky believed that. Interesting how such a great mystic as Dostoevsky could subscribe to such a dogmatic viewpoint. Aleister Crowley had another take on morality. “Do what thou wilt shall be the whole of the law. Love is the law, love under will.” Crowley believed we are living in a new age, the Age of Horus. Like the Age of Aquarius, the Age of Horus dispenses with a rule-bound universe in favor of “Love.” Now that’s a word sorely in need of definition. What did Crowley mean by “love?” What do I mean by it, for that matter? A friend once defined love as “to will to be.” That seems 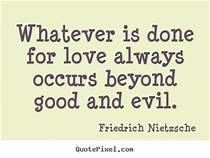 as good a definition as any. I have been in love several times in my life. Of course, romantic love is profoundly selfish. Isn’t it? You love someone because that person fulfills some sort of need. But there’s more to it than that. I have loved and lost. But I have never stopped loving someone I had once loved. Love is forever to me. That fits the definition of love as willing to be. It is my will that the few people I have loved exist. Even when that person broke my heart, even when I experienced true grief, that person remains a shining star to me. I tried hating Jack, an ex-lover who caused me such grief. But hating him felt like a dagger in my own heart. I couldn’t hate him. Because I will him to be.

The word “love” has been used in some of the damnedest contexts. Charlie Manson used the word a lot. “You have to have love in your heart to do this for people.” And Francis Dolarhyde in Thomas Harris’ novel, The Red Dragon, felt Love (always capitalized) when he committed his murders. Love, to him, was the process of overcoming his greatest dread, fear of castration at the hands of his grandmother. Some sort of reaction formation where the person he most feared became a cherished person he had to protect. It was very twisted and I don’t claim to fully understand it. He must have been a sociopath instead of a psychopath since his nature had been a result of trauma. He was also somewhat psychotic so he wasn’t a pure ‘path. But that’s another conversation entirely. The point is that love can mean damned near anything. God is love. He creates, nurtures and also damns to Hell. In 1984, the Ministry of Love is where dissidents are tortured. But to Crowley, the law was love under will. Will was the final arbiter, not “love” whatever that is.

All that without conscience or empathy. Maybe the belief that conscience is necessary to be “good” is as much a superstition as the idea that one has to believe in God to be “good.”

3 thoughts on “Is Conscience Necessary?”