Nobody is as impervious to other people’s opinions than a psychopath. Good for us since we have one of the worst reputations in the world. When someone wants to disparage somebody else, s/he often calls that person a “psychopath” as if that’s the worst thing s/he can call hir. “Sticks and stones can break my bones but names can never harm me,” the saying goes. But sometimes names can harm us. Being labeled a psychopath in the criminal “justice” system can lead to longer prison time independently of how a convict has actually behaved while serving a sentence.

One of the oldest and most toxic forms of stigmatization is the one directed at racial groups. This has been energetically condemned with the word racism. Most people vigorously deny being racists although, since Trump has been president, those who acclaim it have been very emboldened. But decency seems to be prevailing. 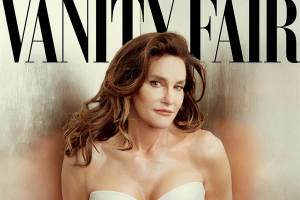 Let’s face it. People spend enormous stretches of time discussing each other. Then, there is the special kind of person called a celebrity who is talked about obsessively. Like who the hell are the Kardashians? I am always hearing that name but I have no idea what they have done to be spending so much time in the spotlight. Perhaps it is because Americans deliberately established a republic with no royalty that “we”

need to set up this pseudo royalty in its place. Bruce Jenner was some sort of athlete until s/he decided to transition to a woman and had hir image splashed over the media. Because s/he is related to the Kardashians, this event seems to have somehow made transgenderism more acceptable to the American public. But some achieved fame all on their own. Jazz Jennings (similar last name a coincidence) was a boy who identified as a girl since the age of three, had understanding parents to enabled the whole transformation, hormones, surgery and all. S/he has hir own reality show on TLC where hir life has been documented for years.

We live in a mass culture where we are very accessible to each other through the mass media. Perhaps this is the reason why public opinion and treatment of others is subject to so much scrutiny. People have their prejudices. But idealists believe it is important to remake society by erasing stigma wherever it exists. I just came across a quest to de-stigmatize ostomy bags. For those who don’t know, these are bags that are surgically attached to people who are unable to poop or pee normally. An article How the Aerie Real Campaign Is Helping Shatter the Stigma Around Ostomy Bags features a woman named Aerie who is doing for people with this handicap what Jazz is doing for the transgendered. She says, “Personally, I have always felt proud of and grateful for my ostomy – never really ashamed of it. After all, it saved me from a life of constant pain and suffering. I know it’s not gross.” Wearing a bag of shit on your body isn’t gross? If you say so.

While physical disabilities may arouse pity and transgenderism may be seen as a civil rights issue, stigma around personality is a horse of a different color. Psychopathy is so powerfully linked in the public mind with evil, those who are ashamed to badmouth other stigmatized groups seem to feel no compunctions about letting the shit fly at us. An article in Psychology Today called It Takes a Psychopath to Like a Psychopath has some real zingers. Psychopathy is considered, says the author, Susan Krauss Whitbourne, “one of the least desirable traits a person can have.” She admits our “traits” are “fascinating” but also “repulsive.” Repulsive?

Don’t hold anything back, Hon. She continues, “The idea that you could show anything but revulsion for a psychopath may seem impossible even to entertain.” She goes on to say, “There’s an assumption in the public mind that these individuals have chosen their personalities, and for this reason, they should be treated with ostracism and contempt.” I never did understand why the question of choice is so important. The gay liberation movement has insisted that gays don’t choose to be gay. They are born that way. Transsexuals (the “T” added to “LBG”) are also supposedly born in the wrong body. Psychopaths are now said to have been “born that way” but it doesn’t seem to matter much. I don’t see why it should, frankly. However we “got that way,” are are that way, take it or leave it. Everyone still has the choice to act on proclivities or not. I am not one of those people who think psychopaths should get away with crimes because of “mental illness.” If we can’t help ourselves, we are not responsible. We also don’t have the civil rights of adults. Not having a conscience makes me free. Freedom is responsibility.

Responsible or not, we are still stigmatized.

4 thoughts on “Sticks and Stones”